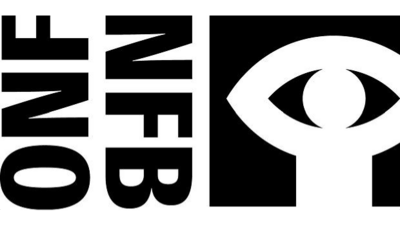 Montreal -- The National Film Board of Canada (NFB) has announced new appointments at its animation studios.

Julie Roy has been appointed Executive Producer at the French Animation Studio. She will continue in her role as Producer, a position she has held since 2007. Julie recently produced several works at the French Animation Studio that have won numerous national and international awards. They include Franck Dion’s Edmond Was a Donkey (2012), the Special Jury Prize winner at the prestigious Annecy festival, Paula by Dominic Etienne Simard (2011), Here and the Great Elsewhere (2012) by Michèle Lemieux, and Bydlo (2012) by Patrick Bouchard. Julie is currently completing the co-production Pilots on the Way Home, directed by the great Estonian filmmakers Priit and Olga Pärn.

Prior to becoming a producer, Roy was responsible for marketing some 60 animated shorts produced at the NFB between 2000 and 2006. She was also in charge of the marketing campaign for the NFB’s 65th anniversary, which involved coordinating the presentation of a Norman McLaren retrospective in roughly 15 countries and overseeing the marketing of the Norman McLaren: The Master’s Edition DVD box set. In addition to her new role as Executive Producer at the French Animation Studio -- where she is replacing René Chénier, who has been named Executive Producer of Special Projects -- she will continue as a Producer under the direction of Colette Loumède, Acting Director General of the French Program.

Maral  Mohammadian studied film and music at Carleton University. Her experimental films have been screened at several festivals in Canada and the United States and have earned awards in Canada. Recruited by the NFB’s English Animation Studio in 2006, Mohammadian was the first line producer of the Hothouse program for emerging animation filmmakers. In that capacity, she oversaw four editions of Hothouse and collaborated with the NFB Quebec Centre and Pop Montreal on two editions of the Making Music project for emerging filmmakers. She was production manager of the StereoLab 3D film studio before serving as line producer for the French Program’s webdoc Ici chez soi (Here At Home). Before returning to the English Animation Studio as a producer, she also served as interim producer at the Quebec Centre for nine months.

After studying theoretical physics in Sarajevo, Jelena Popović immigrated to Canada, where she earned a bachelor’s degree in film studies from the Université du Québec à Montréal. Her end-of-studies project, the short film Galapagos, has been presented at several international festivals. She joined the NFB in 2000 as a production manager and worked on such films as Facing Champlain and They Chose China. She also directed and co-wrote the documentary The Knights of Orlando (2007). In addition, Jelena has edited animated films—including Patrick Doyon’s Oscar-nominated short Sunday and Claire Blanchet’s 3D short The End of Pinky—as well as films that emerged from the NFB’s Hothouse program. Popović recently worked as line producer at the English and French Programs. Projects included Hothouse 8 and 9 and the interactive documentary Ici chez soi (Here At Home).