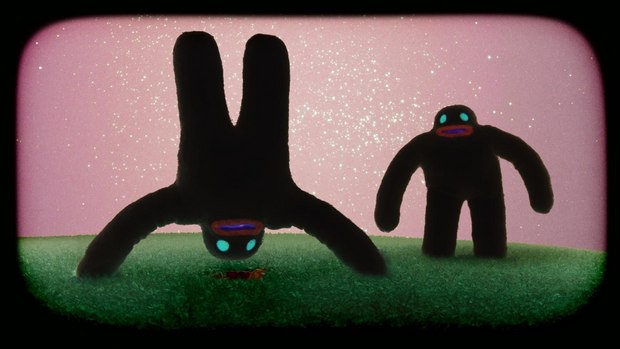 Toronto, Ontario -- It’s the 10th-anniversary edition of the National Film Board of Canada’s acclaimed Hothouse program for emerging animators -- and this year, things are going to be a little different.

To begin with, Academy Award-winning animator Chris Landreth -- creator of such mind-bending works as the Oscar-winning Ryan and the Canadian Screen Award-winning Subconscious Password -- has signed on as mentoring director.

This year’s Hothouse theme, “Overheard,” has a unique twist as well, with artists asked to visually reinterpret unscripted found sound -- cherry-picked from various treasure chests, including the NFB’s own archives -- in unexpected, innovative ways, with the aim of celebrating animation as a unique form of expression, subversion and satire.

“2014 is a spectacular anniversary year for the NFB in so many ways, one of which is the 10th-anniversary edition of our flagship emerging filmmaker program, Hothouse,” says NFB Animation Studio Executive Producer Michael Fukushima. “By the end of Hothouse 10 in December, a total of 60 talented young filmmakers from across Canada will have survived the 12-week apprenticeship, most going on to make more films, both independently and sometimes with the NFB. And this year we’re welcoming two young Mexican filmmakers to join our six Canadians, courtesy of a new partnership with IMCINE. International insights and perspectives have long been part of the NFB’s creative vision, and it’ll be exciting—and even more intense—to collaborate with our Mexican partners in helping develop their own auteur animation community.”

And for the first time, two emerging animators from Mexico will join the six Canadians selected for Hothouse, thanks to a partnership with the Instituto Mexicano de Cinematografía (IMCINE), Mexico’s public film institute.

The program is open to emerging creators both young and old, and the deadline for applications is Monday, July 7, 2014. Six Canadian artists will be selected for a 12-week paid apprenticeship in full-on, all-inclusive, real-world animation filmmaking, from September 8 to November 28, 2014. Successful applicants will work at the NFB’s Oscar-winning Animation Studio in Montreal, where they can create their own short work with help from animation and digital media experts as well as top-notch NFB technical and post-production personnel.

Past Hothouse alumni include such distinguished filmmakers as Patrick Doyon, nominated for an Oscar for his NFB animated short Sunday/Dimanche, and Howie Shia, whose NFB short Flutter received the Open Entries Grand Prize at the Tokyo Anime Awards. Mentoring directors over the years have included such acclaimed animators as Oscar winner Torill Kove, Oscar nominees Chris Hinton and Janet Perlman, and Genie winner Munro Ferguson.