NFB Co-Production with Claude Barras to Screen at Lorcarno

Directed by Albertine Zullo and David Toutevoix, the stop-motion animated ‘The Cannonball Woman’ (‘La femme canon’) is the latest collaboration between producer Claude Barras and the National Film Board of Canada. 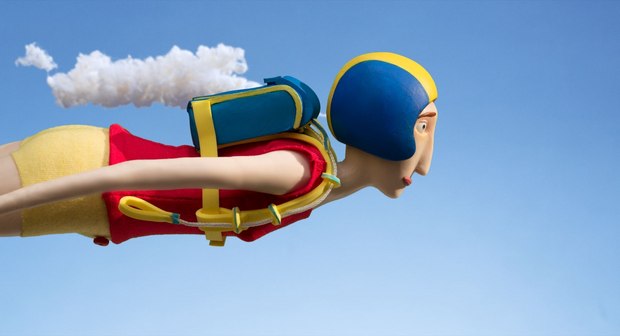 MONTREAL -- The National Film Board of Canada has announced that The Cannonball Woman (La femme canon), the first animated film by the directorial team of Albertine Zullo and David Toutevoix, will have its world premiere in Switzerland at the Locarno International Film Festival, where it will be competing for the Pardi di domani award for short and medium-length Swiss films. A story about a love that stands the test of time, the short was produced by Hélium Films (Switzerland), Parmi les lucioles Films (France), and the NFB, in co-production with RTS Radio Télévision Suisse. The Locarno International Film Festival runs August 2-12, 2017. The film is the latest collaboration between producer Claude Barras and the NFB, which co-produced some of Barras’s animated shorts prior to the release of his animated feature film My Life as a Zucchini, a 2017 Oscar nominee.

The 14-minute stop-motion animated short film follows two carnies, Madeleine the Cannonball Woman and her husband. Their lives, like their show, seem to be perfectly under control. But in reality, Madeleine is unhappy and wants to break out of her routine. Without saying a word, she leaves her husband and becomes the Bearded Lady. Time passes, but their love for each other does not die.

Zullo was born in Dardagny, Switzerland, in 1967. She draws illustrations for print media, designs posters and other items, and works with directors of animated films and theatrical productions. For 17 years, she taught silkscreen printing and illustration at the Geneva School of Art and Design (HEAD). She has published many books for children and for adults, including several in collaboration with author Germano Zullo.