Seventeen NFB films are selected to this year’s festival, including documentaries on Norman McLaren and Canadian cartoonist Seth. 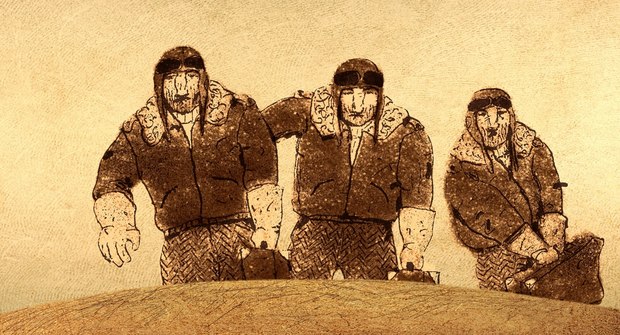 Toronto, ON -- A world leader in auteur animation, the National Film Board of Canada (NFB) will be showcased at the Ottawa International Animation Festival (OIAF) from September 17 to 21, 2014.

Soif by Michèle Cournoyer is in Official Competition in the Experimental/Abstract Animation category, while the NFB has three titles in Official Competition in the Narrative Short Animation slot: Me and My Moulton by Torill Kove, whose film The Danish Poet won an Academy Award in 2006, along with Rainy Days by Vladimir Leschiov and Pilots on the Way Home by Olga and Priit Pärn.

Six more NFB animated shorts have been selected for special screening programs: Patrick Doyon’s Sunday, Dominic Etienne Simard’s Paula, Claire Blanchet’s The End of Pinky and Philip Eddolls’ Git Gob will be featured as part of “Hot Freaks: The New Generation of Canadian Animation,” while Koji Yamamura’s Muybridge’s Strings will be shown in the “Wibbly Wobbly Timey Wimey: Time and Animation” program, with Brandon Blommaert’s Batmilk screening in a program entitled “New Ghosts in the Ol’ Haunt: Regrets, Residues and Crossing Over.”

The NFB will also be offering iPad animation workshops for children using its acclaimed McLaren’s Workshop and NFB StopMo Studio apps, at the National Arts Centre, as part of Animation Celebration.