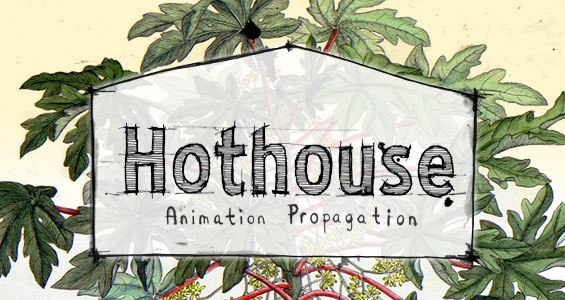 MONTREAL -- Beginning March 9, animation lovers can discover eight new short works by emerging animators with the online launch of the 10th edition of the National Film Board of Canada’s acclaimed Hothouse program.

For the 10th anniversary of the NFB’s apprenticeship program for emerging animators, Hothouse producers decided on a number of innovative twists. Working with the theme of “Found Sound,” participants were asked to create short animated works that visually reinterpret snippets of found audio. In another first for the program, six emerging Canadian animators were joined by two artists from Mexico, thanks to a partnership with the Instituto Mexicano de Cinematografía (IMCINE), Mexico’s public film institute. And to top it off, acclaimed animator Chris Landreth -- creator of such mind-bending works as the Oscar-winning Ryan and Unconscious Password -- was chosen as this year’s mentoring director.

The Hothouse program is open to emerging creators both young and old. Participants work at the NFB’s Oscar-winning Animation Studio in Montreal, where they create their own short work with help from animation and digital media experts as well as top-notch NFB technical and post-production personnel. This year represents just the second time that international animators have been invited, with two Brazilian animators joining Hothouse 4 in 2007.

Past Hothouse alumni include such distinguished filmmakers as Patrick Doyon, nominated for an Oscar for his NFB animated short Sunday/Dimanche, and Howie Shia, whose NFB short Flutter received the Open Entries Grand Prize at the Tokyo Anime Awards.