The NFB Announces Lineup for Annecy 2014

The National Film Board of Canada brings nine short films produced or co-produced by the NFB to the Annecy International Animation Film Festival. 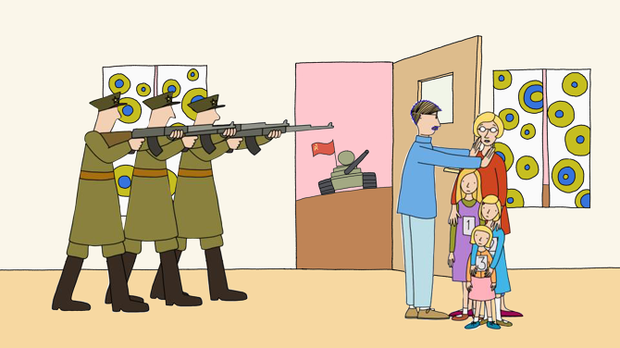 At the Annecy International Animation Film Festival, which takes place from June 9 to 14, 2014, the National Film Board of Canada (NFB) will present a rich selection of innovative films showcasing the talents of animation filmmakers from here and elsewhere. This year’s program boasts no less than nine short films produced or co-produced by the NFB: seven of them are in competition, six are receiving world-premiere screenings, and four are international co-productions. The NFB is extremely pleased to play a part in the worldwide renown of Canadian animated films. Animation has always had pride of place at the NFB, and is the genre par excellence through which audiences can discover the daring creativity of some of today’s finest filmmakers.

Among the films in competition at Annecy, the NFB is proud to present Me and My Moulton, the long- awaited new work by Norwegian-born Canadian filmmaker Torill Kove, whose The Danish Poet won an Academy Award in 2006. Other high-profile NFB-produced shorts in competition include Nul poisson où aller (No Fish Where to Go) by Nicola Lemay and Janice Nadeau, Rainy Days by Vladimir Leschiov, Pilots on the Way Home by Olga Parn and Priit Parn, and Histoires de bus (Bus Stories) by tali.

Two NFB productions are screening in special competitive sections: 3e  page après le soleil (Third Page from the Sun) by Theodore Ushev (whose previous film  Gloria Victoria won an award at last year’s Annecy festival) is in the “Animation Off-Limits” section, and Le Sapin d’Éloïse, a short by Dominic Etienne Simard commissioned by the NFB, is in the “Commissioned Films” section. The NFB will also be represented by two major co-productions in the out-of-competition section: Bruce Alcock’s Impromptu and Michèle Cournoyer’s Soif. Cournoyer’s earlier film  The Hat (1999) enjoyed considerable success and was named one of the top 100 animated shorts of all time in a 2005 survey of international experts conducted by the Annecy festival and Variety magazine.

In partnership with the Annecy festival, the NFB will also launch two innovative programs in the McLaren Now event designed by Marcel Jean, the event’s artistic director, marking the 100th anniversary of the birth of pioneering animator Norman McLaren. McLaren Now is a brilliant selection of works by contemporary filmmakers who are McLaren’s artistic heirs. All of its programs will subsequently be presented at various festivals and events in Canada and around the world, and then made available at NFB.ca.

The weeklong Annecy International Animation Film Festival, one of the oldest and most important celebrations of animation cinema in the world, hosts the industry’s leading creators and professionals every year in early June. The 2013 edition welcomed 7,100 professionals from 80 countries, presented 236 films in competition, and was attended by 110,000 filmgoers.

From June 9 to 14, 2014, the Annecy International Animation Film Festival will present a total of 55 short films in competition, including 12 in the “Off-Limits” section, 29 made-for-television films, 36 commissioned films, 56 graduation films and 36 out-of-competition short films.