U.K.-based company will represent the L.A. creators of ‘Forms in Nature’ globally for film and interactive projects. 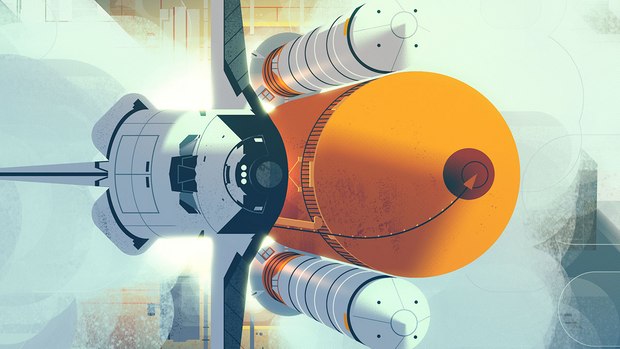 A still from ‘Forms in Nature,’ created by Chromosphere.

United Kingdom-based Nexus Studios is delighted to announce the signing of U.S.-based design and animation studio Chromosphere, who join the roster for exclusive global director representation across film and interactive. Led by Creative Director Kevin Dart, Chromosphere has been operating out of its Los Angeles headquarters since 2016, having released the beautifully crafted and widely acclaimed Forms In Nature the previous year. Forms in Nature was the culmination of nearly a decade of collaboration between close friends and artists. The film celebrated the relationship between science and the natural world and was honored with the 2016 Motion Award for Best short Film.

Most recently, Chromosphere co-directed the forthcoming Google Spotlight Story Sonaria with Scot Stafford. The ethereal VR film is described by the Spotlight Stories team as its first experimental animated film and follows two shape-shifting creatures in a vivid and immersive journey of light and sound.

Having worked in animation for over 10 years, Kevin’s accolades include the 2017 Daytime Emmy for Best Individual Achievement in Animation and the 2016 Annie Award for Best Production Design in an Animated Television/Broadcast Production.

Kevin Dart added: “Nexus is a leader in new frontiers of animation combining art and interactivity for exciting new platforms like AR & VR. As we aim to create more work that helps inspire & educate, we see Nexus as a great partner in forging that path.”