Four charming vignettes depict real places and experiences available on the platform; featured characters had pre-shoot journeys from pencil sketch through to 3D modelling and printing before coming to life with stop-frame 'replacement animation' technique. 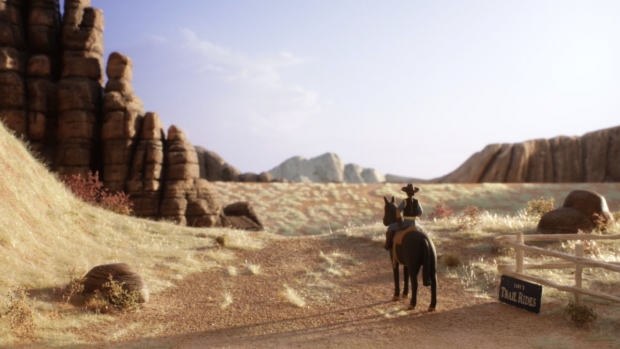 Nexus Studios’ directors Jack Cunningham and Nicolas Ménard teamed up to create a series of charming stop-motion vignettes for the holiday season. The mini films, made for Airbnb’s 2021 Gift Card campaign, depict real experiences and locations available through their platforms, with all four scenes made to the scale of the Airbnb Gift Card.

Viewers are invited into four different settings including an Alpine ski lodge, viewing the ethereal Northern Lights to a three-horse trail ride and family reunion. Using the stop-frame 'replacement animation' technique, the ﬁlms have a handmade aesthetic. As the project developed the team devised creative and sometimes unlikely hacks; for example, in the Northern Lights scene, Cunningham and Ménard, alongside their director of photography, Ian Forbes, ended up attaching cotton wool to ﬁshing string to capture the blooming nature of chimney smoke against the night sky.

Check out the vignettes:

As the stars of the show, each character had its own journey pre-shoot, from pencil sketch through to 3D modelling and printing. The transfer from pixels to plastic was all meticulously managed by the production team.

“The shoot was a blast,” shared co-directors Cunningham and Ménard. “Clapham Road feels more like being at a uni ﬁlled to the brim with talented, like-minded creatives. All the stresses of a shoot are comforted by a supportive network of crew working at the top of their game. So, when you realize that Horse 3A is missing a pose from its walk cycle, it's not the end of the world, and there will be a ﬁx.”