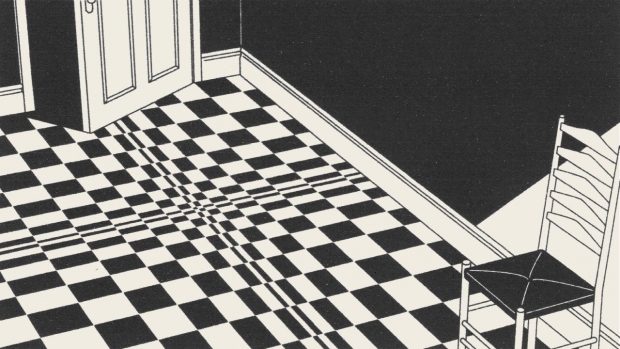 Netflix Studios tapped Nexus Studios to create the opening title sequence for its new stop-motion anthology, The House, now streaming worldwide. The anthology, an eccentric dark comedy about a house, tells three surreal tales of individuals who made it their home.

Nexus directors Nicolas Ménard and Manshen Lo co-created a visual language with the hand-drawn 2D animated title sequence that both contrasts with, and encapsulates, the three distinct stop-frame worlds of the film. Viewers are taken on an eerie tour that sets the tone for the dark comedy that follows. Drawing inspiration from 19th century woodcuts as a starting point for their creative process, the pair committed to only showing the essential when creating these shape-shifting environments.

As the audience is transported up a living staircase and over a sinking checkerboard floor, tension, and anticipation, builds, elevated by the soundtrack of Oscar-winning composer, Gustavo Santaolalla. To further capture the mood the directors chose Fermín Guerrero’s “Brick” typeface, a design inspired by the signage of three prominent pubs in London’s East End. With Art Deco traits and a trace of Art Nouveau heritage, it fit the vignette aesthetic of black prints on black screen. Working with graphic designer Jolin Masson, the trio captured a balance between animation and typography.

“What struck us when watching the anthology was that although the house had similar features from chapter to chapter, it didn’t seem to have a specific layout,” shared Ménard and Lo. “It was shape shifting. This gave a rather eerie quality to the spaces featured in the films; one struggles to create a mental map of the place. So that felt like a great foundation for the theme of our intro sequence.”