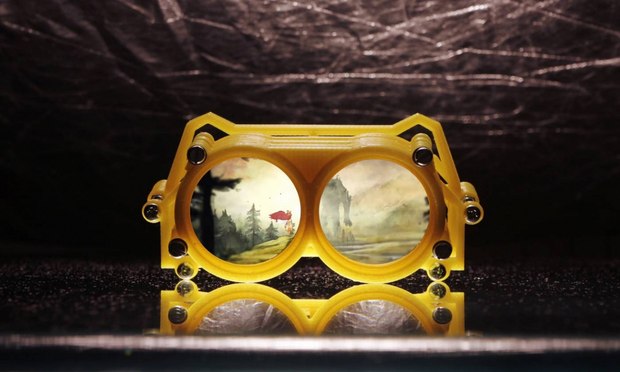 London-based animation and production studio Nexus has announced the launch of its Virtual Reality and 360° Storytelling division. The new offering is born from Nexus’ extensive experience in developing and creating innovative and immersive content and creative technology for its clients; cementing the emerging platform as a staple component of its business model.

In addition to launching a new arm of the business, Nexus has also signed Liviu Berechet Antoni and Alexandra Stancu, the co-creators of Altergaze VR headset, to develop further VR experiences and assist the studio in improving and developing software in the VR space.  Nexus will combine the talents of its 110 plus person studio to offer its clients a one-stop shop VR solution, all under one roof.

The VR and 360 storytelling arm allows for true collaboration; creating compelling story-led interactive applications, using virtual reality headsets and smartphones. The partnership signifies Nexus’ expertise in the field and its spearheading approach in this emerging market.

“Nexus’ unique track record makes our studio the ideal place to launch a VR and 360-degree storytelling division,” says Chris O’Reilly, Co-founder, Nexus and Nexus Interactive Arts. “With the signing of Alex and Liviu, we are now in a position to offer our clients a completely rounded service with a credible and expertly led VR offering. We are able to draw upon our wealth of knowledge in making high quality, award-winning films, and couple it with the innovative and digital interactive know-how of Nexus Interactive Arts (NIA) to fill a gap in the market; driving  the company forward creatively and digitally.”

“We are really excited to be joining Nexus and to help develop and nurture this growing area of the business,” says VR and 360 Storytelling creator Liviu Berechet Antoni. “Nexus has been at the forefront of creative technology and classic commercial production for a long time and as a technical duo, who have never fully realised the commercial environment, we hope that our VR credentials can help join the dots between what Nexus does best and the VR world; offering a full and complete VR experience.”