Nexus Director Kibwe Tavares is named one of the top 20 young global directors at Saachi & Saachi YDA showcase, receiving the prize for Best Short Film for ‘Jonah’ at the CFP-E and SHOTS YDA awards. 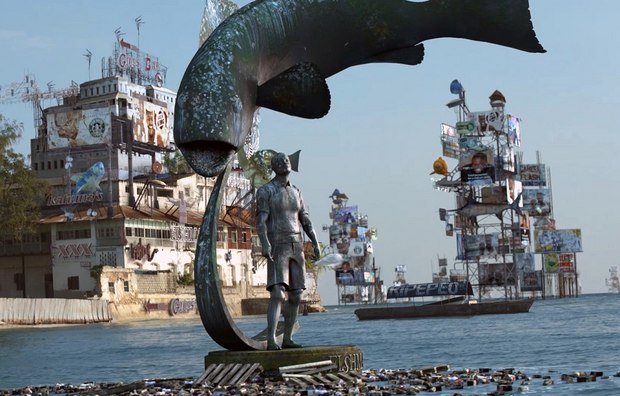 Nexus director Kibwe Tavares was awarded the prestigious Best Short Film award for Jonah at the CFP-E and SHOTS Young Directors Award, and has been unanimously voted for and awarded the Special Jury prize at the same event – becoming only the 6threcipient in the award’s 15-year history.

To top off the accolade, Kibwe was also named as one of the world’s top young directing talents at the Saatchi & Saatchi and Young Directors Award showcase at the 2014 Cannes Lions Festival.

Already named as one of Fast Company’s "100 Most Creative People in Business 2012" and recently awarded a prestigious TED fellowship, Kibwe has been signed to Nexus as a commercial director since 2013.

Jonah, a Factory Fifteen produced short film, is a stunning combination of live-action shot on location in Zanzibar with beautiful visual effects. The film, which was awarded for Best Short Film, tells the story of Mbwana and his best friend Juma; two young men with big dreams. These dreams become reality when they photograph a gigantic fish leaping out of the sea and their small town blossoms into a tourist hot-spot as a result. The reality isn't what they dreamed – and when Mbwana meets the fish again, both of them forgotten, ruined and old, he decides only one of them can survive. Jonah is a compelling visual feast, shot with humour and warmth. It tells an old story in a completely new way.

“I am completely overwhelmed and privileged to be part of both the showcase and win the YDA and Special Jury prize at this year's Cannes Lions festival," Tavares says. "To have been selected by YDA and Saatchi & Saatchi out of so many young talented directors from across the globe for the event is a complete honour. Jonah was my first official directing role, so it is really special to win the best short award at the CFP-E and SHOTS YDA awards, and it pays testament to the hard work everyone put in to make the film what it is. It goes without saying that being awarded the Special Jury prize is the highlight of my career so far and an accolade that I am beyond proud to receive.”

“Kibwe is undoubtedly one of the most exiting young directing talents in British film," says Nexus co-founder Chris O’Reilly. "As co-founder of Oscar-nominated studio Nexus, over the last 15 years I have collaborated with many directors and I can vouch that Kibwe is a rare talent. He can visualize complex universes and work alongside teams of VFX artist and designers, yet is first and foremost a performance and story focused director of some subtly who can build relationships with actors and writers. I'm very excited for his future and feel sure he would both merit and benefit from being part of the Breakthrough Brits."