Three-minute short, ‘The Seed and the Moon,’ employs photo-real CG environments and VFX to create the rich and organic texture of magical realism. 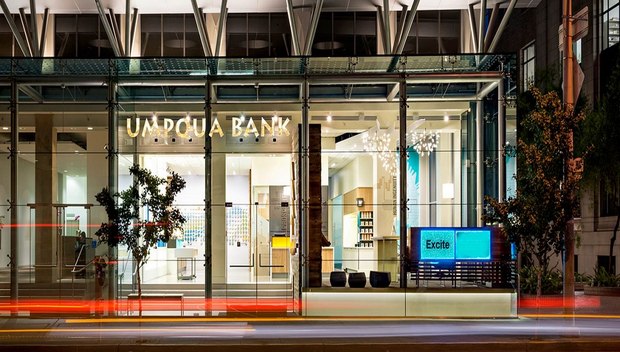 Nexus director Kibwe Tavares recently completed The Seed and The Moon, a short film for Umpqua Bank. The film is part of Umpqua’s “Made to Grow" initiative that aims to inspire conversation about transformation and personal financial growth. The film’s creative concept, was developed in partnership by Umpqua Bank, CAA Marketing, a division of entertainment and talent agency Creative Artists Agency, and Tavares.

Coming from a background in live-action and VFX, Tavares readily turned his hand to animation, working alongside the Nexus team. The three-minute film, from modelling to final compositing, was created and edited at the London-based production company and animation studio. It illustrates a story of unrecognized potential to flourishing growth through a magical realism style of animation, using photoreal CG environments and VFX to create the rich and organic texture for which Tavares is becoming known.

The scale of the complex production was significant, employing a range of new techniques to recreate the environments in a style that retained a sense of magic and awe. By using lidar data and scans, the team was able to build props and recreate environments with scales ranging from individual stones in tarmac to entire city-wide shots, which were then textured in MARI. Tavares and his team used a variety of software tools to meet the challenge of the film’s hero being an ever-growing tree. They utilized time-lapse techniques to illustrate the moments of phenomenal growth, which transform the seedling stage by stage into a colossal tree, and to show the movement of clouds and weather to illustrate the passing of time. Plant growth needed to be shown, and Tavares often covered several stages of growth in one continuous shot.

The film chronicles a journey toward human potential. The moral of the fable is the power of vision, focus and following your dreams. The story opens with a tree, the only greenery in an urban sprawl being pulled from its roots against a background of a stormy night. As the tree falls, a seed is torn away from its arboreal home and is buffeted by the wind across the hostile concrete jungle of the city until it tumbles into a dark crack in an alleyway. The odds of the seed surviving in such an unfriendly environment are slim until a moonbeam cuts through the continuing darkness and shines through the clouds coaxing the seed into life.

The now awe-inspiring tree yearns and reaches for the moon, covering the grey metropolis with vegetation as its shoots wrap themselves around buildings and its roots navigate underground obstacles to determinedly conquer its environment. The triumphant tree explodes through the clouds to its destiny, only to see the moon fade along with the permanent night and replaced by the life-giving sun. The sunrise’s infectious rays cause the vegetation to flourish and blossom in a final stage bringing life and growth, transforming an entire city into a thriving metropolis. We now recognise the true potential of the single seed, and the transformation of the city from bleak concrete jungle to a vivacious city, full of optimism is the result of something that initially seemed so insignificant, an ordinary seed. “I am excited to partner with Umpqua Bank to bring this story to life and to shed light on this important topic of money and human potential,” Tavares commented. “The script was strong, and I could see an opportunity to create something awe-inspiring, showing the journey of potential and survival in an organic way, through the extraordinary in the ordinary. The devil really was in the detail, both plants and cities have a lot of character. Getting that level of detail accurate not just for the ‘hero’ seed but across all the vegetation, and the whole city both above and below ground, recreating a magical environment that resonates with the viewer and delivers an emotional impact, was quite a challenge. I wanted to create a beautifully simple, magical narrative that would hit the key themes of Hope, Empowerment and Triumph, showing how something relatively ordinary, that we take for granted, can transform into something spectacular.”

“Art is a powerful way to provoke conversation, new ways of thinking and community,” said Eve Callahan, Umpqua Bank’s executive vice president of communications. “We created the Made to Grow initiative to inspire and encourage conversations about personal growth through artistic works including a short film, interactive exhibit and podcast series. We’re pleased to collaborate with Kibwe Tavares to bring this idea to life through The Seed and the Moon short film.”

Transforming an entire city, the triumphant tree is shown to bring about a positive change to the patterns of life in the city, as well as the need to interact, form new relationships, or to simply encourage people to take a step back from their daily routine of everyday life. This illustrates the story of Umpqua Bank’s “Made to Grow” initiative that includes a mix of original content including The Seed and the Moon short film, a podcast series titled Open Account and an interactive art exhibit called Exhibit:Growth.