Pair of beautifully crafted animated short films serve as a guide to anyone who wants to buy or sell art, antiques and fine objects through the celebrated auction house. 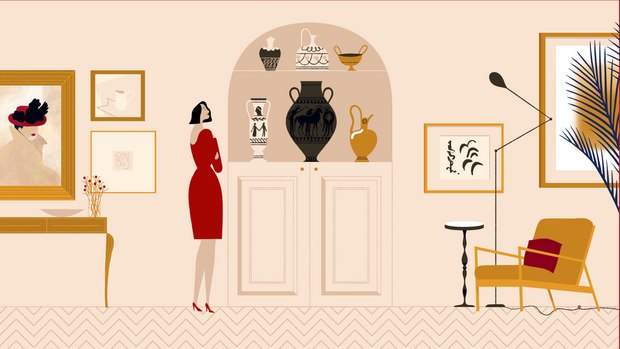 Nexus director Emmanuelle Walker has delivered a pair of beautifully crafted animated short films to help demystify auctions, serving as a guide to anyone who wants to buy or sell art, antiques and fine objects through the celebrated auction house Christie’s.

Elegantly whimsical, the spots are fittingly reminiscent of the style of Jazz Age posters by Bernard Villemot:

“The concept was to create some attractive, strong and chic visuals to support an instructional story,” Walker comments. “I came up with the idea of an ultra-simplified palette and the idea of playing with lightness and darkness when I saw a picture of one of Christie’s sales rooms. The gold-framed painting was hung in a dark blue room right under a beam of light perfectly framing the edge of the painting. A man was standing in the dark observing the beautiful piece of art. That’s when I decided that gold, dark blue and red -- Christie’s red of course -- were going to be the basic colors.”

A graduate of world-renowned animation school Gobelins, Walker was born in Switzerland and grew up in Canada, in Montreal. Currently based in London, Walker has created films for Tate Modern, Lancome, and the band Royksopp, and her work has screened at festivals all around the world.