Next Media Animation Scales Up with Qube! 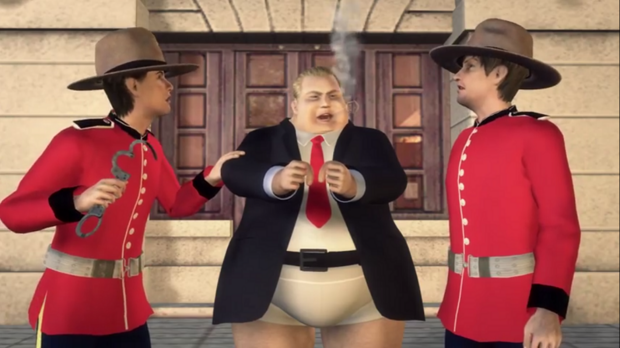 Los Angeles, CA -- When a man gets attacked by a bear or the mayor of Toronto starts giving in to drugs, who you going to call? Next Media Animation (NMA) if you want your breaking news to be animated, informative and hilarious. Already world famous for their TomoNews web clips, NMA’s success has led to a surge in the need for content and talent. More people and tight deadlines meant the team needed a powerful tool to manage the influx in rendering jobs. The solution came from a major Hollywood studio that recently built a VFX facility in China, who tipped the team to PipelineFX’s Qube!.

With two production lines going around the clock, NMA is so confident that they are meeting the internet’s desire for quick content head-on that they’ve dubbed themselves,“The fastest animation studio in the world.” A modern claim for a newscape where stories can lose their topicality overnight. As speed became NMA’s bread and butter, it also became apparent that their existing render farm manager wasn’t scaling to meet the workload. Qube! could.

“We needed Qube! to adapt with us,” said Kenneth Chan, MIS Lead System Engineer at Next Media Animation. “As projects expand and goals get more ambitious, we wanted something that could give us the flexibility to change and the stability we could always count on. We get all those things and more with Qube!”

With 170 render-ready computers onsite, NMA artists found efficiency by using Qube!’s cluster feature, a job and rights controller. When enabled, clusters assign a guaranteed amount of workers to a specific artist, assuring that they’ll always have a pool of computing power to draw upon. Users are also able to share resources with co-workers so they can maximize their render queue as it becomes more demanding.

“As our workload grows, Qube! remains responsive,” added Chan. “And if we ever have an issue, PipelineFX’s support team is in close contact, either over Skype or via remote log-in, ready to solve our problems. That’s one way we got our database settings optimized so fast.” When the firm isn’t bringing you the most talked about WTF stories on the internet (their words), they are producing 3D manga cartoons like “Kurokan” and “Double Hard.” Striking a balance between two concurrent content factories has made render efficiency even more important. And because Qube! render farms are running at utilization rates of over 95%, the need to buy more servers, a common event for inefficient firms, becomes moot.

“Efficiency is always necessary, whatever you are doing in production work. But when it comes to rendering, the default is usually some state of gridlock,” continued Chan. “The power of Qube! is that you can use prioritization settings to manage which jobs get finished first. Order brings speed, and in the news game, you need to react quickly if you want them to tune in.”