Ninth edition of out-of-the-box fluid and dynamics simulation software for 3D visual effects includes all new features and updates, allowing users to achieve quality results faster than ever before. 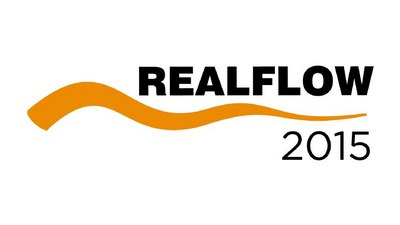 Madrid, Spain -- Next Limit Technologies has announced the official launch of RealFlow 2015, an out-of-the-box fluid and dynamics simulation software for 3D visual effects.

This ninth edition includes all new features and updates, allowing users to achieve quality results faster than ever before; and with the addition of new control tools, users are now in total command of their 3D workflows. Some key highlights in RealFlow 2015 include:

“This RealFlow 2015 version will definitely be a game-changer for the majority of RealFlow users and a lot of VFX enthusiasts that have been waiting for this moment to get on board with RealFlow,” commented Gus Sánchez Pérez, RealFlow Product Manager at Next Limit Technologies. “From the quality and speed of the new Dyverso solvers, OpenVDB meshing and Hybrido enhancements, to being able to finish renders with the new Maxwell Render integration (just to name a few of the amazing features in this version), we think this is a solid release and a new beginning for our product.”

RealFlow 2015 will be available on July 29th, 2015 and licenses can be purchased directly at www.realflow.com/buy or through an authorized reseller.