Award winning short is Media Design School’s most ambitious project to date, with 15 BA students working for 23 weeks to complete the film. 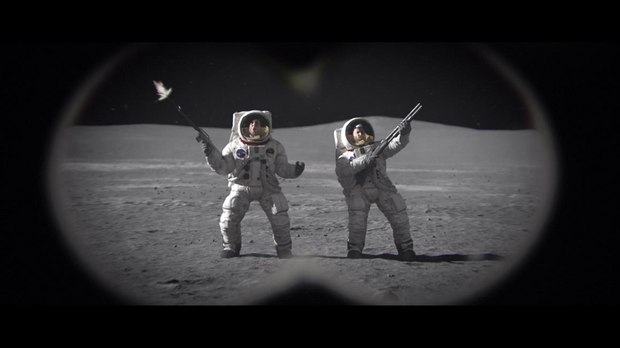 Media Design School is celebrating their most prestigious film accolade yet as their latest short film, Over The Moon, has just been announced as the recipient of the Jury Special Award at SIGGRAPH Asia 2014

After evaluating hundreds of entries, the jury then selected 20 films to be screened in SIGGRAPH Asia’s most prestigious showcase, the Electronic Theatre.

James Cunningham, Senior 3D Lecturer at Media Design School, was ecstatic to find out that Over the Moon had not only been selected to screen at the Electronic Theatre and that it had been given the Jury Special Award.

“To be recognised by SIGGRAPH ASIA and our peers within the film and visual effects community is an immense achievement and a testament to the hard work and creativity of the students, faculty and industry partners who worked on this project,” says Cunningham.

“This is the highest-level award that any of Media Design School’s films have ever received.”

Over The Moon was Media Design School’s most ambitious project to date, with 15 Bachelor of Art and Design students working for 23 weeks and 18,000 hours to complete the film.

“While we'd like to acknowledge the contribution of the actors, musicians, and composers who were involved in the creative process, this award would not have been possible without the involvement of the writer and creator of the original Connie Radar comic book, Karl Wills.”

“Karl’s unique characters, a super smart scientist Connie and her bumbling robot, Julian, made such an intriguing odd couple and they were great fun to adapt from comic book to screen” says Cunningham.

One other Media Design School film, Shelved, will also be screening at the Animation Theatre as part of SIGGRAPH Asia’s 2014 Computer Animation Festival Program.