CG-animated feature from France’s TeamTO will roll out a limited theatrical release in the U.S. beginning December 5, to be followed by a VOD and DVD release on March 17, 2015. 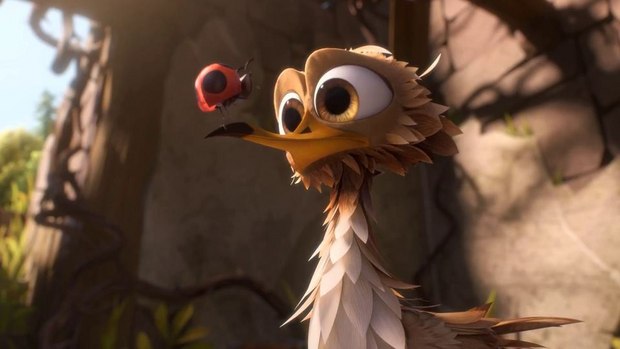 A new trailer has been released for the CG-animated feature Yellowbird, the story of a hero’s journey with a most unlikely hero produced by Paris-based TeamTO Studio (Calimero, Babar and the Adventures of Badou).

Written by Antoine Barraud and Guilhem Lesaffre with Cory Edwards (Hoodwinked), Yellowbird is “the epic story of a young teenage bird so scared to venture out into the world that he nearly misses the fun of discovering who he really is.” A teeny, tiny orphaned bird that has never left the nest, Yellowbird has no family, yet desperately wants one -- until he finds himself leading an entire flock on its migration to Africa.

Los Angeles-based Wrekin Hill Entertainment acquired all North American rights to the film and will roll out a limited theatrical release beginning December 5, to be followed by a VOD and DVD release from Lionsgate on March 17, 2015.

Yellowbird (Seth Green) is a timid bird who falls from his nest and loses his family. He befriends Ladybug who encourages him to break free and see the world. On his first venture out into the world, he meets Darius (Danny Glover), a patriarch of a migratory bird family that is about to leave for winter migration to Africa. Darius dies, and it's Yellowbird's destiny to lead the flock to Africa for the winter. With the help of Darius's charming daughter, Delf (Dakota Fanning), the group has an exciting adventure that sends them to Paris, Holland, and over the vast Ocean.