According to veteran producer John Evershed, streamers and broadcasters have ordered more than 100 new series across different genres, an incredible 100% increase from a year ago. 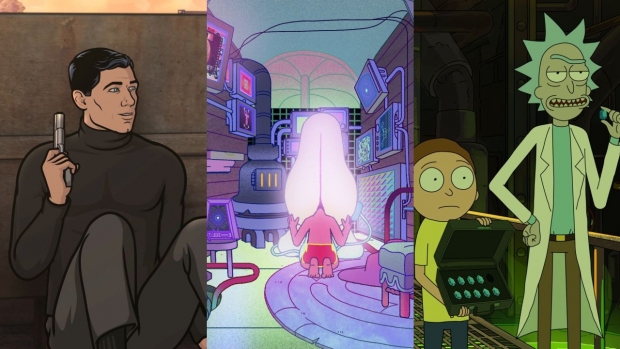 Evershed is the head of High Concentrate where he consults and advises studios, buyers, and creators on adult animation. He is currently EP'ing two upcoming adult animated series. As the former CEO of Mondo Media, he oversaw the company's adult-focused animation channel on VRV and generated over 6 billion views on YouTube. He has produced many popular animated series and films, including the multiple Annie Award-winning Happy Tree Friends (TV series and shorts), and Dick Figures: The Movie, winner of the Berlin Film Festival award for best animated movie for adults. Evershed also executive produced Gary and His Demons - currently airing on Syfy.

According to Evershed, in 2017, Rick and Morty surpassed Modern Family and The Big Bang Theory as the most watched comedy in all of television (broadcast, cable and the streamers). “If you do a Google search on current comedies, it will list shows like Reno 911, Schitt's Creek, and Modern Family. But, they're no longer in production. Do the same search for animated comedies and you’ll find a dozen or more current series like Rick and Morty, Bob's Burgers, Archer that are still being produced.”

“In response to this trend,” he continues, “Comedy Central announced they were shifting their originals focus to adult animation, so they're rebooting Viacom shows like Ren & Stimpy, Beavis and Butthead and a Daria spinoff. When Comedy Central cancelled Tosh.O, their longest running series, to make room for the new animated reboots, Tosh jokingly said ‘I look forward to doing an animated reboot of my show on MTV in 25 years.’”

The new white paper greatly expands upon the foundational research presented in the first edition, looking deeper into areas such as genre diversification. “In addition to the popularity of comedy, audience (and buyer) appetites for more ambitious storytelling beyond comedy has jumped to a whole new level,” Evershed shares. “The sheer volume of upcoming ‘non-comedy genre series’ is virtually unprecedented. Today, there are only a handful of adult animated shows that are not comedies (shows like Undone, The Liberator and Castlevania come to mind). I am showing a virtual explosion of genre shows (not comedies) - including action, horror, sci-fi and fantasy. There are at least 20 of these upcoming non-comedy genre series including Dantai, an afro-futuristic sci-fi series EP'd by Idris Elba and his wife Sabrina; Cover, an espionage thriller; and Heaven's Forest, an epic drama from Powerhouse, the people who made Castlevania.”

Evershed also describes the influence of Japanese anime and the cultural significance of multiple generations that have grown up with comic books and video games, along with their expanded entertainment franchises across multiple platforms. “YouTube and Twitch are home to massive video game communities,” he says. “If you think about it, these are more inclusive experiences than traditional Hollywood. You actually enter these worlds in many cases. You play with your friends. You dress up as your favorite characters in cosplay. The old myth was that video game players are anti-social misfits holed up in their rooms. Today it's a communal experience. 66% of gamers are between the ages of 18 and 54. They're used to seeing animated video game cinematics. As a result, there's pent up demand for video gamers to see their favorite characters in linear story-telling formats. The natural linear format for video games is animation.”

“The trend of accepting that animation is not just for kids has been going on for a while but it's really accelerating,” he adds. “So much so, that we anticipate adult animated series will start to account for at least 10% of the premium drama spend (largest category for the streamers) or as much as $12 billion within the next 5 years.”

As he did last year, Evershed, with Toon Boom’s support, is making the white paper available for download free of charge, hoping the information will encourage creators to consider using animation to tell stories they’d never previously considered feasible.  “Adult animation is booming in so many exciting ways,” he concludes. “There’s never been a better time for studios to consider animation for any of their storytelling development.”