A new trailer is released for ‘Mad God Part 2,’ legendary visual effects and stop-motion artist Phil Tippett's apocalyptic stop-motion descent into the bowels of the unconscious. 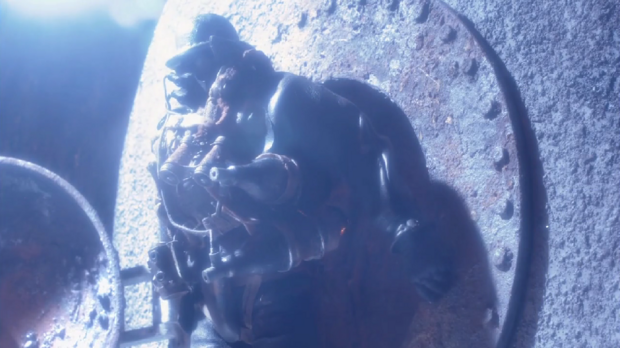 A new trailer has just been released for what might be one of the coolest projects on Kickstarter right now.

Mad God is legendary visual effects and stop-motion artist Phil Tippett's apocalyptic stop-motion descent into the bowels of the unconscious. An experimental, hand-made animated film, Mad God is set in a Miltonesque world of monsters, mutants and mad scientists. The inspirations for the film span from Bertold Brecht and Hieronymous Bosch to Buster Keaton.

In 1990, Phil Tippett embarked upon an ambitious personal project, fabricating and animating a darkly surreal world in which the creatures and nightmares of his imagination could roam free. Phil produced dozens of environments and hundreds of puppets for the project, filling notebook after notebook with thousands of detailed sketches and storyboards.

“The final form of Mad God isn’t the film itself, but the memory after you watch it. It’s bringing you to that moment just after waking up from a dream, frozen, exploring fragments of your feral mind before they fade back into the shadows. That’s the moment. Mad God is just a way to get you there,” the animation legend says of the project. In 2012, after sitting on the shelf for 20 years, artists at Tippett Studio implored Phil to revive Mad God. Incorporating footage shot before the surge of CGI with new puppets, scenes, environments, and in-camera effects, Phil ran a Kickstarter campaign to raise the necessary funds to direct his film while mentoring a new generation in traditional stop motion animation and creature fabrication. The crew was made up entirely of volunteers, including artists from Tippett Studio, students from local art schools, and industry veterans who remember the “good ol’ days” when effects were made by people on sets photographing puppets one frame at a time.

The 12-minute Mad God: Part 1 was completed in 2012, with chapters 2, 3 and 4 already underway. A new Kickstarter campaign has been launched for Mad God: Part 2, and with another seven days to go has already achieved over 70% of the funding goal.

Click on the image below to watch the new trailer on Vimeo, and head over to www.madgodmovie.com to view stills, concept drawings and more: