New Trailer for Netflix’s ‘The Witcher’ Casts Axii on Audiences

Lauren Hissrich, showrunner on the highly anticipated fantasy series, hints at a seven-season plan for the show, which drops its first episode set December 20, 2019. 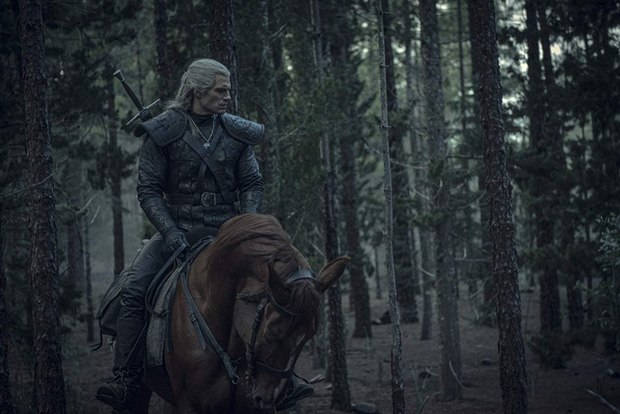 Slap our ass and call us a bruxa! Netflix has released a new trailer for The Witcher, our first glimpse into the series since last July’s San Diego Comic Con. The early days of cheap Legolas wigs are gone, replaced by yellow cat eyes and long shirtless soaks in the tub. Our oh no’s have officially become hell yeah’s. Netflix has been searching for its own Game of Thrones, and it seems they have finally found it.

Judging from the new trailer, the Netflix adaptation of the fantasy book series by Andrzej Sapkowski seems very true to the source material. Players of the award-winning video game series by CD Projekt RED, however, may be disappointed to find some aesthetic differences. Showrunner Lauren Hissrich (The Umbrella Academy, The Defenders) explains that while the video games leave gaps in the story and glosses over many important character nuances, the books give a better foundation on the lore and world of the infamous Witcher, Geralt of Rivia (Henry Cavill).

According to Hissrich, Season One will explore the very beginnings of the relationship between Geralt, Ciri (Freya Allan), and Yennefer of Vengerberg (Anya Chalotra), and how the characters grow as they become a family. It will not, however, be completely family friendly and kumbaya, so fans of fantasy violence and raunchy shenanigans fear not! The proclivities for which Geralt is famous will remain.  Hissrich warns Witcher will remain “very adult,” and we are monstrously grateful.

All eight episodes of The Witcher will be available to stream on Netflix on December 20, 2019. Hissrich has already mapped out seven seasons for the show, despite the absence of an official second season renewal. If all goes well, we could be gazing upon Geralt’s…silver locks for years to come.