Japanese animated film from the celebrated director behind ‘The Boy and the Beast,’ ‘Wolf Children,’ ‘Summer Wars,’ and ‘The Girl Who Leapt Through Time’ flies to U.S. theaters on November 30. 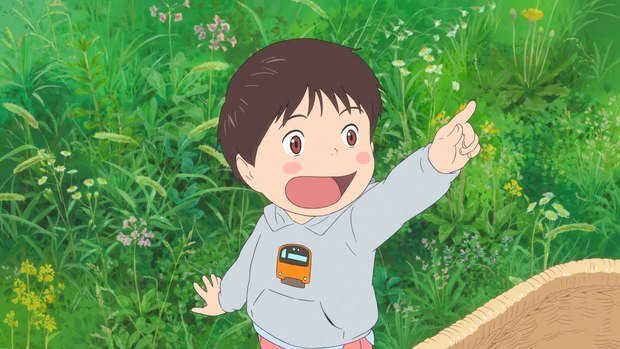 Promoting the forthcoming U.S. theatrical release of director Mamoru Hosoda’s Mirai, GKIDS has unveiled a new trailer from the film. The “breathtaking journey following time-traveling siblings” flies into cinemas beginning November 30, with special Fathom Events screenings in both its original Japanese language and a new English dubbed version on November 29 and December 5 & 8.

Called the epic capstone of Hosoda’s career, Mirai is a “sumptuous, magical, and emotionally soaring adventure about the ties that bring families together and make us who we are.” The Japanese animated film is written and helmed by Hosoda, the celebrated director behind The Boy and the Beast, Wolf Children, Summer Wars, and The Girl Who Leapt Through Time, and is produced by Japan’s Studio Chizu.

Prior to its domestic release in Japan, where the film earned roughly 500 million yen in its first weekend, Mirai made its world premiere earlier this year at Cannes, in the Directors’ Fortnight section, and also screened at the Annecy International Film Festival.

In a story of love passed down through generations, Mirai follows four-year-old Kun, whose world is turned upside down when he meets his new baby sister. Named Mirai (meaning “future”), the baby quickly wins the hearts of Kun’s entire family. As his mother returns to work, and his father struggles to run the household, Kun becomes increasingly jealous of baby Mirai until one day he storms off into the garden, where he encounters strange guests from the past and future -- including his sister as a teenager. Together, Kun and teenage Mirai go on a journey through time and space, uncovering their family’s incredible story.