We know the new season of Netflix’s hit sci-fi thriller is officially in production, Hopper may be alive, and there are some kids with telekinetic powers, in hospital gowns, playing in a sterile facility… with a special room just for Eleven? 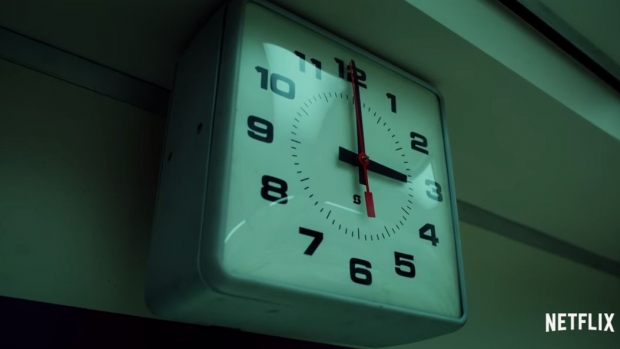 Last September, AWN reported production was resuming in Georgia on the hit Netflix sci-fi thriller, Stranger Things. Season 4 is set to pick up exactly where Season 3 ended: Eleven left Hawkins with Joyce, Will, and Jonathan, and Hopper supposedly met his demise trying to shut down the underground Russian portal to Hell… uh, the Upside Down. While we still know little of what’s in store when the series resumes, the streaming giant has just released a new teaser trailer that furthers our understanding a tad more. Little tad. Well, not so much a tad but a micro-crumb.

Back in February, the Duffer Brothers did reveal that [SPOILER ALERT] Hopper was still alive. So, there’s that. The brothers had previously squashed rumors that Season 4 would be the show’s last, given the child actors were growing up so quickly. This revelation appeared in a The Hollywood Reporter article that was quickly taken down, but the AV Club reported the phrase “Season 4 won’t be the end” was attributed to Ross Duffer in the deleted piece.

Take a look at what just arrived from Netflix with the note, “Eleven, are you listening?”

Stranger Things, which was created by The Duffer Brothers and is produced by Monkey Massacre Productions & 21 Laps Entertainment, is indeed now “officially” in production on Season 4. The Duffer Brothers serve as executive producers on the series, alongside Shawn Levy and Dan Cohen of 21 Laps Entertainment, and Iain Paterson. No word yet on when the upcoming season will premiere.