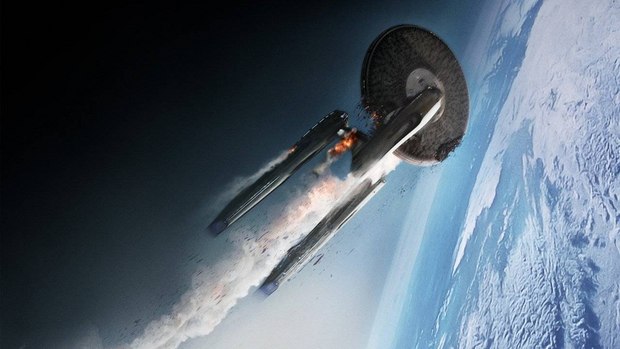 Paramount Pictures has unveiled a new trailer for Star Trek Beyond, the third installment of the phenomenally successful reboot directed by Justin Lin. The previous film, Star Trek Into Darkness, grossed more than $467 million worldwide, making it the highest-grossing entry in the franchise.

In Star Trek Beyond, the Enterprise crew explores the furthest reaches of uncharted space, where they encounter a mysterious new enemy who puts them and everything the Federation stands for to the test. The first teaser, released back in December, introduced Pegg’s Lieutenant Commander Montgomery “Scotty” Scott. (Pegg, a Star Trek fan critical of Into Darkness, co-wrote the script with Doug Jung.)

The primary visual effects house for Star Trek Beyond is Double Negative, with previsualization provided by Proof Inc.

Star Trek Beyond arrives in theaters in time to commemorate the sci-fi franchise’s 50th anniversary. Also on deck is the new Star Trek TV series, which is slated to debut on CBS in January 2017, prior to being made available through the network’s streaming service.

Star Trek Beyond transports into theaters on July 22.