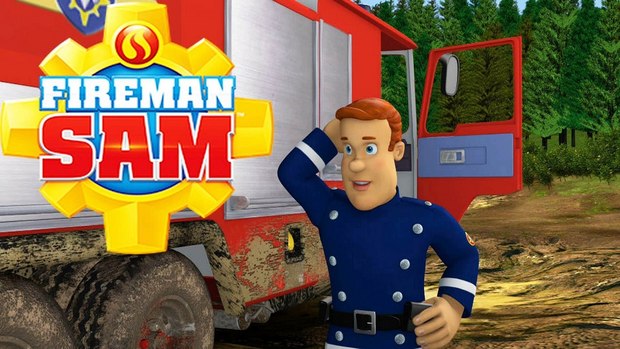 LONDON -- Season ten of the preschool series Fireman Sam launches on Cartoonito on Monday, February 15th at 8am (GMT) and rolls out every day at 8am. Fireman Sam and friends return with brand new thrilling CGI adventures and rescues in the Welsh town of Pontpandy.

This season brings more adventures, rescues and action, with Sam doing what he does best, saving Pontypandy. As well as a new hi-tech fire station, season ten also marks the arrival of Phoenix, the new animal rescue vehicle, which enables Sam and the team to jump into their animal rescue uniforms and come to the aid of some of the larger and furrier inhabitants of Pontypandy.

No emergency is too big for the Pontypandy Fire Service, so whether it’s a sheep stranded on a rooftop or Norman Price racing off on a runaway horse, Sam, Penny, Elvis and Steele, together with new recruits Arnold and Ellie, are just a phone call away.

“This February, we are delighted to be bringing the all-new tenth season of Fireman Sam to our young viewers on Cartoonito,” commented Sean Gorman, Director of Kids’ Channels UK, Turner Broadcasting. “Fireman Sam is one of the UK’s most beloved preschool characters, the show has been a great success story for Cartoonito; consistently driving our ratings on the channel since its launch back in 2008. Furthermore, Fireman Sam’s popularity continues to grow today, driving the building blocks of friendship and teamwork to kids in a fun and entertaining way.”