Kinoscope screening series at the New School in NYC to feature the short films of experimental filmmaker Eric Leiser followed by a Q&A with Kinoscope founder and programmer Pawel Wieszczecinski. 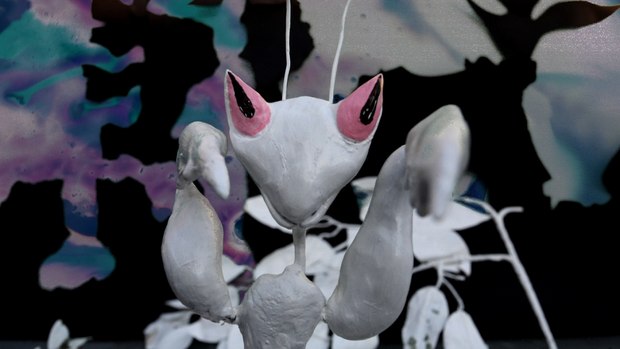 Kinoscope, a screening series sponsored by the Media Studies program at The New School, is hosting a special screening of filmmaker Eric Leiser’s experimental short films which will be introduced by the director himself and followed by Q&A with Kinoscope founder and programmer Pawel Wieszczecinski. The event will be held on Friday, October 16 from 7:00-9:00 p.m. at the Anna-Maria and Stephen Kellen Auditorium, Sheila C. Johnson Design Center, followed by a reception.

The event is free, and no tickets or reservations are required.

Kinoscope’s mission is to enhance the awareness and understanding of the film and filmmaking process by screening a wide variety of national and international films.

Leiser is an award-winning artist, filmmaker, animator, puppeteer, writer and holographer working in New York and born in California. A graduate from CalArt’s Experimental Animation program, he creates animated and live action feature films and shorts as well as works integrating animation, puppetry, painting, holography, live performance and installation. Leiser is interested in how animation transforms perception when it is combined with live action space, creating a fantastical, spiritual and surrealistic quality.

Subjects range from dream symbology, the sublime in nature and tragedy, stop motion animated psychodrama, funerary parlors, spiritual mystical Christian tone poems, Czech Surrealism, Magical realism and more current experiments with holography, creation/death/ rebirth experimental narratives and merging life size stop motion puppetry and sets with timelapse animation. All films are in conversation with one another and interconnected, designed to be seen as a whole work.