Sequel to the 2014 animated hit sees Surly and his ragtag group of animal friends band together to save Liberty Park from the evil mayor of Oakton. 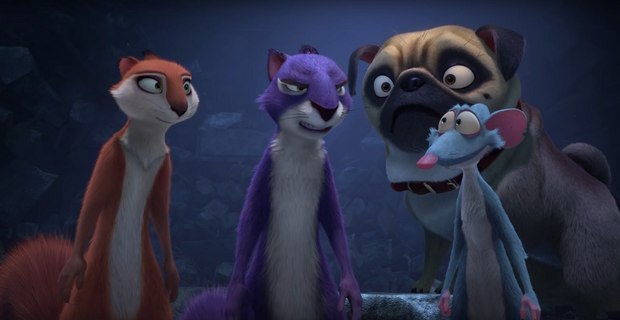 Assemble the team and take back the park with the new trailer from The Nut Job 2: Nutty by Nature.

The sequel to the 2014 animated hit The Nut Job, which achieved the biggest box office opening ever for an independent, animated film and surpassed $120 million at the global box office, The Nut Job 2: Nutty by Nature is directed by Cal Brunker, who also wrote the script alongside Scott Bindley and Bob Barlen.

Following the adventures of Surly Squirrel, The Nut Job 2 will see the gang try to save their new home in Liberty Park when the evil mayor of Oakton decides to bulldoze the park and build a dangerous amusement park in its place. It’s up to Surly and his ragtag group of animal friends to band together to save their home, defeat the mayor, and take back the park.

Open Road Films will distribute The Nut Job 2: Nutty by Nature in U.S. theaters on August 18.