Watch the Kermit, Miss Piggy and the rest of the gang take over Hollywood in a new documentary-style series that explores the beloved characters as they live their lives in Tinseltown. 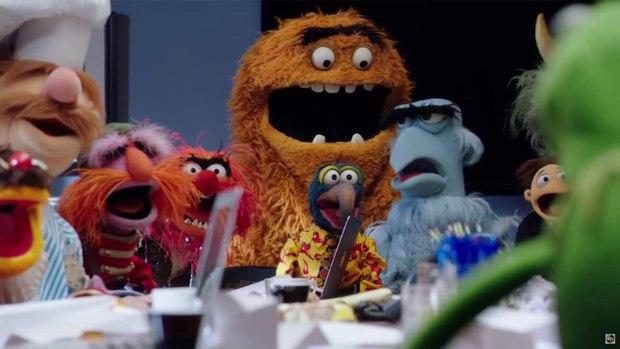 BURBANK, CA –Disney & ABC have announced the upcoming debut of The Muppets, now back in prime time like you've never seen them before. Scheduled to air on ABC Tuesday, September 22 at 8/7C, The Muppets will have romance, breakups, success, and failure. Muppets are opening the doors to their homes and offices in this fresh documentary-style series that explores these beloved characters as they live their lives in Hollywood. This real-world Muppet series will have something for kids of all ages.

In an attempt to make Miss Piggy happy, Kermit sets her up with Josh Groban who fills her head with ideas on how to make Up Late with Miss Piggy better. Meanwhile, Fozzie is invited to a party at Jay Leno's house and everyone is annoyed that Bobo is selling cookies for his daughter's troop in episode 2, "Hostile Makeover."