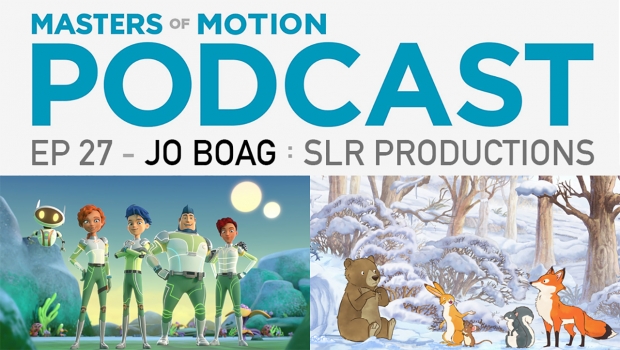 Masters of Motion, a nonprofit website, social media channel, and podcast that provides a glimpse into the world of the Australian and New Zealand animation industry, focuses its efforts on inspiring the next generation of motion designers, animators, visual effects and 3D artists.

Jo Boag has worked in the media industry for more than 20 years.  She began her career as an Animator and moved on to designing and directing animation for television and advertising. In 2001, Jo co-created, designed and directed Gloria’s House a 26 x half hour animated series which screened globally.

Boag has been the creative director at SLR Productions for 15 years and is in charge of developing and overseeing the creative direction of productions.  Jo works as the creative brand manager supervising more than 130 hours of content. Jo is an Emmy Award winning Creative Director and a ADG nominated for best animation Project. Jo was also the 2014 B&T Women in Media Creative of the Year winner.  In her executive role she works with original creators, writers, directors, actors, artists, broadcasters, distributors and publishers.

She is featured in the new Masters of Motion Podcast - Creating Emmy Award-Winning Animation Series & How to be a Top Director. Listen NOW.