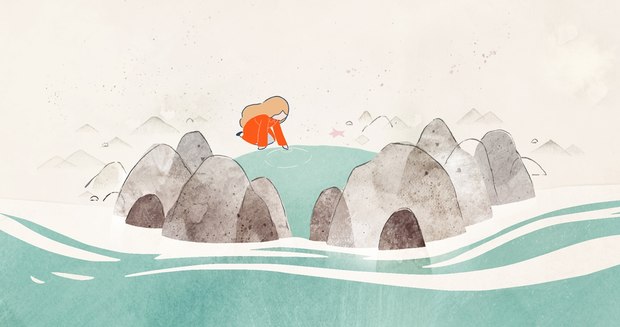 Produced by Cartoon Saloon, ‘Late Afternoon’ was recently shortlisted for a nomination for Best Animated Short Film the 91st Oscars.

From Cartoon Saloon, the Kilkenny, Ireland-based studio behind Oscar-nominated animated features Song of the Sea and The Breadwinner, Late Afternoon is a poignant short film exploring memory loss. The nine-and-a-half-minute short film, directed by Bagnall and produced by Nuria González Blanco, follows Emily, who finds herself disconnected from the world around her. Drifting back through her memories to relive different moments from her life, Emily looks to her past so that she may fully understand the present. Recently shortlisted for a nomination for Best Animated Short Film the 91st Oscars, Late Afternoon was produced in just 10 months under a budget of €46,000 provided by the Frameworks short film scheme funded by the Irish film board, Screen Ireland, and national broadcaster RTÉ. Fresh off its festival run, Late Afternoon has received more than 15 awards to date, including an Oscar-qualifying win at the Tribeca Film Festival.

As a creative director at Cartoon Saloon, Bagnall has designed characters for International Emmy nominee Puffin Rock and the Oscar-nominated features Song of the Sea and The Breadwinner. She studied animation at the National Film School of Ireland and graduated in 2007, and has directed a number of other short films including Donkey (2009) and Loose Ends (2012). She is currently working as a story artist on director Tomm Moore’s upcoming feature film, Wolfwalkers.

In the new video, Bagnall discusses the development of the three distinct visual styles created for Late Afternoon, shares drawings from her sketchbook that show how the short film was conceived, recounts anecdotes from working with voice talent, and describes the challenges of designing a series of complex camera angles inside a 2D space. Watch it in the player below: