New ‘The Lord of the Rings: The Rings of Power’ Teaser Unveiled

Footage gives fans a glimpse at the series’ Númenórean characters, and an early look at the many realms it will explore over its eight episodes. 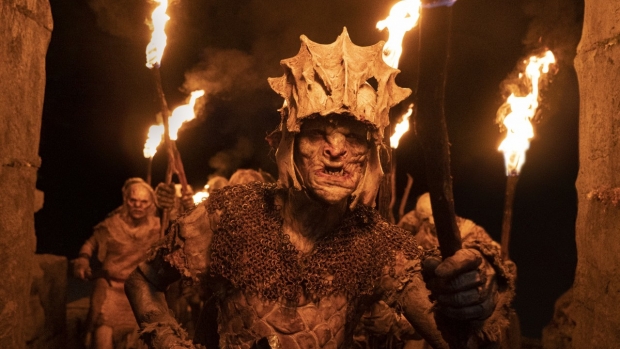 Prime Video has released a second teaser trailer for its forthcoming series The Lord of the Rings: The Rings of Power. The show, which hits Prime Video September 2, explores J.R.R. Tolkien’s fabled Second Age of Middle-earth.

The teaser showcases some of the realms that the series will visit over the course of its eight episodes as well, including the Elven realms of Lindon and Eregion, the Dwarven realm Khazad-dûm, the Southlands, the Northernmost Wastes, the Sundering Seas, and the island kingdom of Númenór.  Other key cast members include Morfydd Clark as Galadriel; Robert Aramayo as Elrond; Benjamin Walker as High King Gil-galad; Sara Zwangobani as the Harfoots Marigold Brandyfoot; Markella Kavenagh as Elanor ‘Nori’ Brandyfoot; Megan Richards as Poppy Proudfellow; Sir Lenny Henry as Sadoc Burrows; Daniel Weyman as The Stranger; Peter Mullan as the Dwarves King Durin III; Owain Arthur as Prince Durin IV; Charlie Vickers as Halbrand; and Ismael Cruz Córdova as Arondir.

The Lord of the Rings: The Rings of Power will premiere on Prime Video in over 240 countries and territories worldwide, with new episodes available weekly.

VFX for The Rings of Power are being produced by Wētā FX. Both Jason Smith and Tim Capper serve as senior visual effects supervisor and visual effects supervisor, respectively. Smith was nominated at the 88th Academy Awards for his VFX work on The Revenant; Capper is known for his work on the visuals of Slow West, which won the World Cinema Jury Prize: Dramatic at the 2015 Sundance Film Festival.

Watch the new teaser below – you can watch the first teaser here: