Pete Puma’s looking to snack on ‘Bugs,’ Daffy is bested by a photocopier, and offers legal advice to Elmer Fudd, in a new set of 10 shorts dropping April 29. 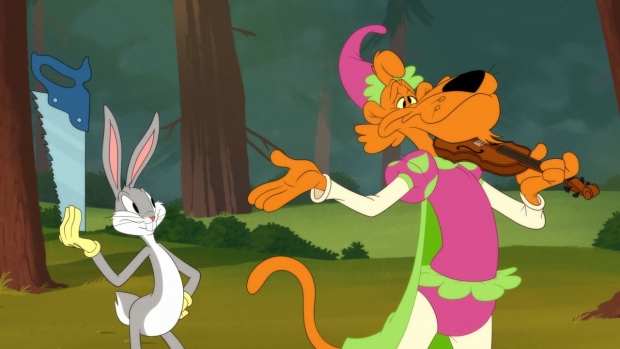 For over six decades, the manic and hilarious world of Bugs Bunny, Daffy Duck, Porky Pig, and Tweety Bird dominated Saturday morning cartoons. The five-time Oscar-winning Looney Tunes cartoon shorts first began airing theatrically in the 1930s, and quickly became one of the most popular animated staples for slapstick humor, back when going to the picture show meant a newsreel, a cartoon, and sometimes two feature films.

Looney Tunes, directed by animation legends like Chuck Jones, Tex Avery, and Bob Clampett, have been revered for generations as some of the greatest animated films ever made. And while Looney Tunes had laid relatively dormant since Baby Looney Tunes and Duck Dodgers appeared on the scene in the early 2000s, Warner Bros. Animation rebooted the beloved cartoon comedy franchise with the brand-new Looney Tunes Cartoons. Browngardt recently signed an exclusive, multiyear cross-studio deal with Warner Bros. Animation (WBA) and Cartoon Network studios (CNS); under terms of the agreement, Browngardt will develop and produce original animated programming, with access to the extensive character and franchise libraries at each studio, for a range of audiences including preschool, kids, adult, and family/co-viewing across all WarnerMedia platforms, as well as external outlets and services.