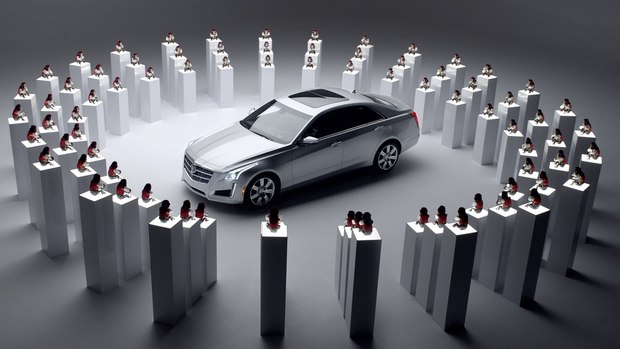 Territory officially introduced itself to the national market as the finishing touches were recently completed on the second floor of the hybrid editorial and post-production boutique’s 13,000 square foot space. The new moniker provides a vehicle for the restructuring and re-branding of founder and editor Terry King’s award-winning company, STS-Griot. Territory takes its business model to the next level by meeting the demand for an integrated and efficient approach to high-end editing, finishing, visual FX, motion graphics, audio and sound design services for broadcast commercials, as well as digital media content.

The realization of founder Terry King’s and partner Sarah Fisher's vision of the ultimate creative resource, Territory is a single-source editorial through finishing firm, with top-caliber talent and a range of services that defies boundaries. Its nimble infrastructure is designed to enable its roster of editors to work from anywhere in the country – while still providing projects with the benefit of the cutting-edge metro Detroit based facility’s cost effective, full-service approach.

The company also draws upon a select pool of top-caliber visual FX artists, animators, mixers, sound designers and composers, who work as a collective with its staff, expanding its pallet. The range of skill sets and artistic sensibilities provide Territory with the capability to meet each project’s needs with high-end talent, and seamless workflow through every phase of a job.

Territory's 2014 Reel showcases a diverse mix of work that continues to garner numerous accolades, such as a 2014 Gold ADDY, and two Silvers, for the Toyota Avalon 2013 campaign, ’Only The Name Remains,’ cut by King. Directed by Anthony Hoffman for Believe Media/LA, the fast paced trilogy of broadcast and digital spots (’The Pick Up,’ ‘Check Point’ and ’The Getaway') feature Golden Globe winner Idris Elba in the roll of a secret agent eluding his nemesis as he puts the Avalon through its paces in this dramatic commercial mini-series, which drives viewers to its interactive counterpart.

King also took home the 2014 AICE Award for the Cadillac spot, ‘Monkey Do’ out of Supply & Demand/Hill Holiday. After cutting the spot in LA, he brought the elements back to Territory’s facility to take advantage of its bells and whistles for some final tweaking before passing it on to The Mill/NY for finishing. The quirky 30-second commercial features dozens of Charlie the Chimp wind-up toys positioned around a Cadillac CTS on stark white pedestals, clanging their cymbals, bringing home just how effective CTS’s new Bose Active Noise Cancellation System actually is.

“While committed to maintaining a boutique style company, we knew we needed a considerably larger space - not only to accommodate a wider range of services, but also to enable us to create a comfortable, spacious and aesthetically inviting creative environment for our clients that would set Territory apart from the crowd,” says Fisher. “And the new expanded space does just that.”

Territory is housed in an industrial-style building that dates back to the 30’s. The loft-like space has an eclectic mid-century décor, while retaining many of the classic details of the original structure. It provides clients with a full range services and capabilities, as well as room for future growth in the scalable editorial-driven post-production environment. ‘Come,’ a commercial for University of Michigan

The first floor of the facility is home to the Territory’s five roomy Creative Editing Suites, each featuring Mac towers running Final Cut Pro software, as well as the newest version of Avid Media Composer. A walk-in vintage vault has been transformed into a state-of-the-art audio suite that houses Gold Sound, Detroit’s premier audio post-production and sound design company.

Territory’s new Facilis’ 24D TerraBlock media management system accesses media from any room on either floor of the facility, ensuring efficient, smooth workflow – both wirelessly, or via high-speed fiber optics.

The new space, which boasts high ceilings, large windows, and skylights, is home to a spacious lounge, a café style dining area, and an abundance of client amenities. The centerpiece of the second floor is a dramatic glass-walled conference room that overlooks historic Woodward Avenue, which is designated part of Michigan’s Heritage Route and Detroit’s National Heritage Area by the US Congress.

Proximity to Detroit has made Territory the go-to creative resource for a prestigious roster of national spots for automakers, such as Cadillac, Chevrolet and Ford. At the same time, the company’s accomplished talent attracts a wide range of work from other industries, for clients such as JBL Electronics, DTE Energy, The University Of Michigan, the US Navy, 5-Hour Energy, and numerous financial institutions.

“I’m very proud of the work and reputation we built under the STS banner, and Territory is clearly an extension of that success, taking it to the next level with a business model that redefines our role as a creative partner – and a name befitting a company without creative and geographic boundaries,” says King.