As they continue their Pride Month 2021 celebration, The Future Perfect Project shares the next two films in their series of 10 personal stories from LGBTQIA+ youth, aged 13-22, about the challenges they routinely face. 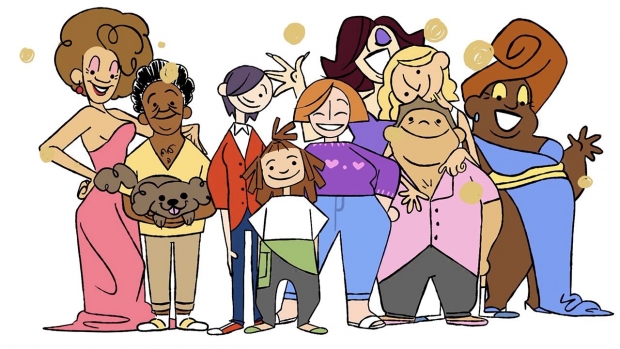 The Future Perfect Project, a national arts initiative, has just shared with AWN the next two videos in their multimedia project, How Life Is: Queer Youth Animated, a special 10-episode short film series released throughout June to celebrate Pride Month 2021. The films cover the challenges that LGBTQIA+ youth, aged 13-22, routinely face, such as coming out, blended families, relationships, peer acceptance, homophobia, parity, and more.

The first six episodes of How Life Is: Queer Youth Animated premiered in pairs June 1, 7, and 14; two new episodes were released yesterday, which you can watch below. The final films will be released June 29. According to The Future Perfect Project co-founder Celeste Lecesne, who wrote the 1995 Oscar-winning live-action short, Trevor, and co-founded The Trevor Project, the only nationwide 24-hour suicide prevention and crisis intervention lifeline for LGBT and Questioning youth, “The current generation of queer young people has a lot to teach us about what it means to be fully human—if only we will listen. Just as my generation fought so hard for the right to be ourselves as out gays and lesbians, this generation is fighting to be recognized and respected as the people they know themselves to be.”

Take a few minutes to watch two new episodes of How Life Is: Queer Youth Animated. CHEYENNE - animated by Lindsay Villagomes: Cheyenne expresses gender fluidity through cosplaying and creates her own LGBTQIA+ representation through “ships.” “In your head, you’d can be like, ‘Oh, this character is queer’ and no one can tell you otherwise. It’s a good way to make your own representation and to normalize it for you.” LOGAN - animated by Iain Gardner: After struggling with her identity around gender and sexuality, Logan finally creates her own definition of what it means to be a bisexual woman. “The cool people are the ones who do whatever the hell they want and don’t let other people define who they are.”