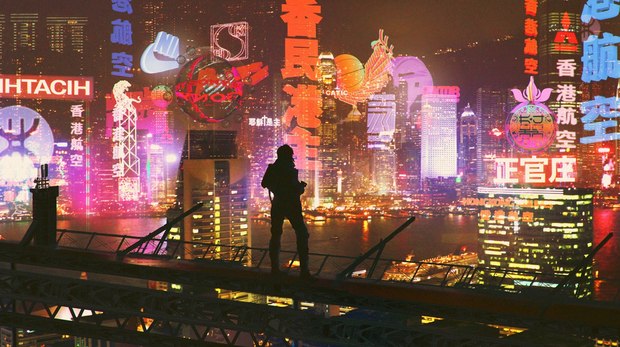 Paramount’s Ghost in the Shell may be underperforming at the domestic box office, where the live-action adaptation of the classic anime property made a $19 million debut in third place this past weekend behind DreamWorks Animation’s The Boss Baby and Disney’s Beauty and the Beast, but that doesn’t mean the film doesn’t present a fantastic ride.

Based on the internationally acclaimed Japanese manga series by Masamune Shirow, “Ghost in the Shell,” the movie takes place in the near future, where Major (played by Scarlett Johansson, which has proven to be a controversial casting choice amid accusations of racial “whitewashing” of the Japanese property) is the first of her kind: A human saved from a terrible crash, who is cyber-enhanced to be a perfect soldier devoted to stopping the world’s most dangerous criminals. As the leader of elite task force Section 9, when terrorism reaches a new level that includes the ability to hack into people’s minds and control them, Major is uniquely qualified to stop it. As she prepares to face a new enemy, Major discovers that she has been lied to: her life was not saved, it was stolen. She will stop at nothing to recover her past, find out who did this to her and stop them before they do it to others.

A prolific graphic designer, illustrator and artist, Thorp has been involved with concept design on many of the biggest blockbuster films of the past 10 years, including James Bond feature Spectre, Dawn of the Planet of the Apes, Prometheus, Thor, Iron Man 3, and The Amazing Spider-Man 2. He recently compiled a highlight reel of concepts and animations created for Ghost in the Shell. A pastiche of digital concept art and previs clips, the short video runs through some of the most vibrant concepts that comprised the live-action world of the classic anime property:

Thorp details his contributions to the film on his personal blog page, where he explains his approach to the movie’s murky, neon-drenched cities and stylized props:

“Pulling muse from the amazing original source material, I aimed to craft a look and style that would match [director Rupert Sander’s] vision, while still maintaining the essence of the original manga and anime,” Thorp writes. “By merging physical buildings with the Solograms, old neon lights, and holograms, I aimed to paint a multi-layered facade over the city to bring it to life. I wanted it to feel as if the viewer was taking a psychedelic journey wavering between the realms of alternate reality and virtual reality.”

Produced under an estimated budget of $110 million, Ghost in the Shell is performing better overseas, delivering $40.1 million from 50 international markets for its opening weekend. The film has now made a total of $60.1 million worldwide, and with openings yet to come in Japan and China, may yet prove to be an international hit.

Learn more about Thorp’s contributions to the film on his blog, and in a fantastic Q&A that delves into his use of V-Ray on the project on the Chaos Group website.