Twentieth Century Fox releases a new behind-the-scenes featurette for ‘Dawn of the Planet of the Apes’ exploring the performance capture technology used by WETA Digital to transform actors into apes. 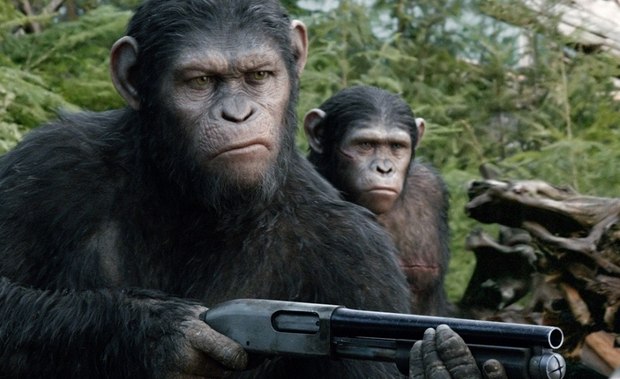 20th Century Fox has released a new behind-the-scenes featurette for Dawn of the Planet of the Apes that explores the performance capture technology used by WETA Digital to transform actors into apes.

In the video, senior VFX supervisor Joe Letteri and VFX supervisor Erik Winquist discuss the advances in technology since Rise of the Planet of the Apes and the challenges of creating the sequel. Watch it, below:

Directed by Matt Reeves and starring Andy Serkis, Jason Clarke, Gary Oldman, Keri Russell, Toby Kebbell, Kodi Smit-McPhee, Enrique Murciano, Kirk Acevedo and Judy Greer, Dawn of the Planet of the Apes continues the saga of 2011’s Rise of the Planet of the Apes. In the sequel, a growing nation of genetically evolved apes led by Caesar is threatened by a band of human survivors of the devastating virus unleashed a decade earlier. They reach a fragile peace, but it proves short-lived, as both sides are brought to the brink of a war that will determine who will emerge as Earth’s dominant species.