Financed entirely by the crypto community and developed by Toonbox Studio, the adult animated series features the misadventures of an amnesic unicorn; episodes 1 and 2 now streaming. 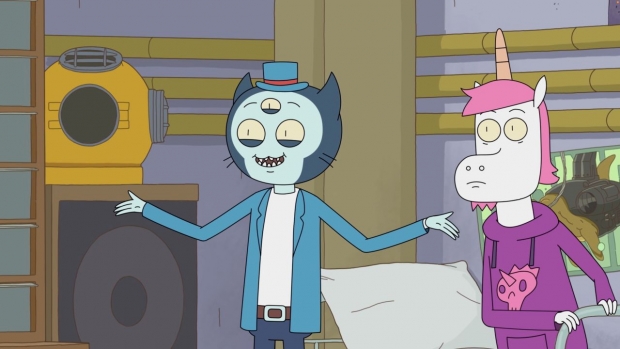 Developed by Toonbox Studio, Take My Muffin is an adult (18+) 2D animated series created entirely with the financial support of the crypto community through the sale of NFT tokens, crypto-partnerships, and crypto-tokens of the series itself. The production plan includes three seasons of 10 episodes each, to be streamed on YouTube.

Launched in April 2021, the series poses the compelling question, “What if you were a unicorn who woke up after a car crash with a total memory loss, yet a super-ability to spontaneously produce genius startup ideas?”

The show follows the misadventures of amnesiac unicorn Korney - who must strike a deal with a three-eyed business-cat Rok to get his memory back. On the other hand, Rok has other intentions, and poor Korney is clueless about his ulterior motives.

According to the show’s creators, viewers dive into “the acid-trip version of Palo Alto, where robots live next door to dragons and walking potatoes, while investors pump their money into developing revolutionary products such as psychedelic boogers.”

Check out the first two episodes on YouTube: Take My Muffin Episode 1 and Episode 2.

More information about Toonbox and the show can be found here.