Stop-motion animated feature from the director of ‘Fantastic Mr. Fox’ is expected to arrive in theaters sometime in 2018. 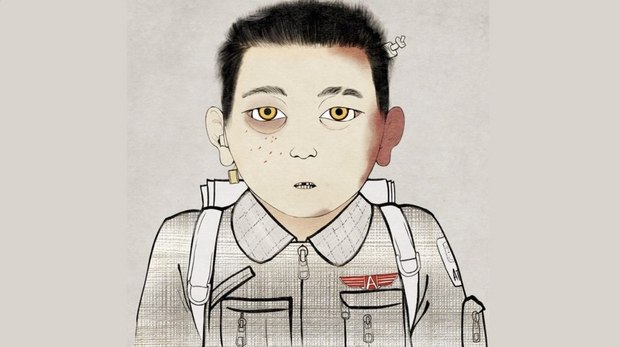 The news was revealed last week in a video posted to YouTube in which the famed director announced the title of the new film -- Isle of Dogs -- tagged with an opportunity to voice a role in the film with a $10 donation to preservation organization The Film Foundation via crowdfunding platform Crowdrise:

For prospective donors with very deep pockets, Crowdrise also had an opportunity to purchase, for $10,000, a limited-edition Isle Of Dogs concept poster signed by the director. That poster is the basis for the first look at the aesthetic driving the film, officially unveiled on Thursday: Set in Japan, Isle of Dogs follows a boy’s odyssey in search of his dog. The new feature will come on the heels of 2014’s The Grand Budapest Hotel, which earned nine Oscar nominations and won four statuettes, including for Best Picture. Grand Budapest Hotel made an $8.5 million domestic debut in March 2014, eventually earning $174.6 million globally. Fantastic Mr. Fox, the director’s stop-motion adaptation of the Roald Dahl book featuring the voices of George Clooney and Meryl Streep, debuted to nearly $7 million and went on to make $21 million at the domestic box office and $25.5 million internationally for a worldwide total of $46.5 million following its release in November 2009.

With production currently underway in England, Isle of Dogs is due to be released in theaters sometime in 2018.