Directed by Mat Whitecross and produced by My Accomplice’s Hannah Clark, new video employs performance capture by Andy Serkis’s The Imaginarium and animation and VFX by Paris-based Mathematic. 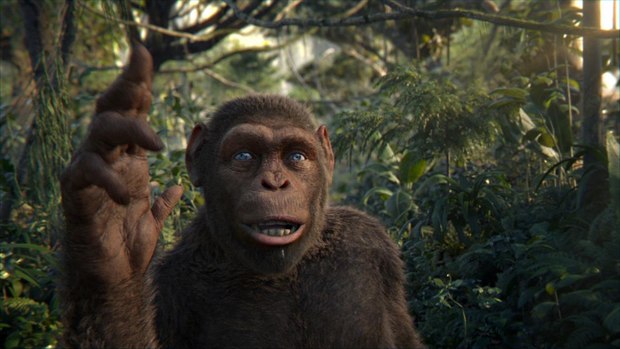 LONDON -- Coldplay has released the first music video from their new album, “A Head Full of Dreams,” due out on December 4th. The video for “Adventure of A Lifetime,” directed by Mat Whitecross, sees the band becoming chimps using performance capture provided by performance capture leaders The Imaginarium Studios (co-founded by actor Andy Serkis) with visual effects by Paris-based studio Mathematic. The video, which involved a studio shoot with the band in full performance capture rigs, is produced by Hannah Clark of My Accomplice. Both Mat and Hannah are long time collaborators of the band, having worked together previously on six Coldplay videos over the past five years.

From idea to completion, the video took six months and the end result follows the four chimps as they go an “Adventure of a Lifetime” discovering music. The video was commissioned by Parlophone Records, part of Warner Music UK, who also orchestrated a deal with Beats for an excerpt to be used in their latest ad.

“Our motivation in approaching Beats was to make as much noise as we could around this incredible song and ground-breaking video,” commented Bob Workman, SVP, Brand Partnerships, Warner Music UK. “I believe the collective effort of everyone involved has managed to achieve an authentic product integration that remains true to the band's narrative. At the same time, together we’ve created a fantastic and memorable advert for Beats.”

“Every Coldplay video is a completely new adventure. They usually begin with a midnight call from Chris, and end with a unicycling elephant or a music hall built in the snow on the bank of the Thames,” said director Mat Whitecross. “This time was no exception -- Chris and Andy Serkis texted me a selfie from a plane heading to LA, and a month later we found ourselves on the floor of the Imaginarium studio, with the band pretending to be dancing chimps! It’s the most fun I’ve ever had as a filmmaker, and one of my all-time favorite Coldplay tunes -- I just hope we’ve done it justice…”

“The video is nearly five minutes long, and comprises of over 100 shots, all of which feature at least one chimp, and therefore required extensive animation, and fur dynamics,” said My Accomplice producer Hannah Clark. “As creatures to animate go, chimps are one of the more difficult: not only are they quite human in their movement, but they are covered in hair… Add to this that we had no backgrounds shot, and we were asking an awful lot of any post collaborator. The Imaginarium and Mathematic did a fantastic job of leading Mat and I through unknown territory.”

“After a chance meeting with Chris Martin on a flight, I was delighted to hear that he often worked with my friend and director from Sex & Drugs & Rock & Roll, Mat Whitecross, who’d been convincing him that Performance Capture was the best medium for the next Coldplay video,” said Andy Serkis, co-founder of The Imaginarium Studios. “Within no time at all, we were jumping and climbing around the studio, bringing out our inner apes. We are delighted to have worked with the band on this and now are thrilled to share the finished video with music fans worldwide.”

“For us it was a challenge like no other and we just had jumped at the chance, also watching Coldplay act around like monkeys was pretty funny!” said Mathematic’s Guillaume Marien. “We worked solidly for 4 months with a team of over 50 specialized CG animators and designers. We are very proud of the final result and enjoyed working with the whole team.”