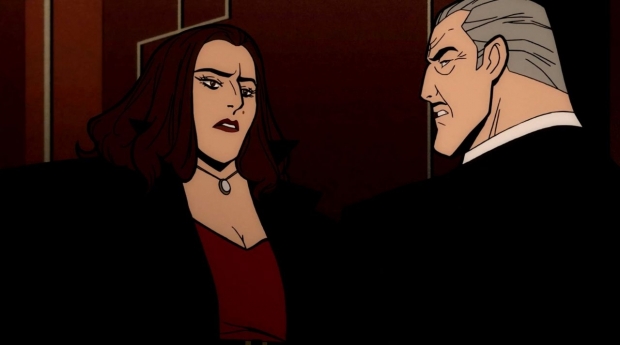 A new Falcone arrives in Gotham City as Sofia Falcone, daughter of mob boss Carmine “the Roman” Falcone, comes to her father’s aide – only to discover Carmine is recruiting a new breed of criminal to help with his plans. Laila Berzins (Genshin Impact) and Titus Welliver (Bosch) voice Sofia and Carmine, respectively.

Produced by Warner Bros. Animation, DC, and Warner Bros. Home Entertainment, the feature-length animated film – which will be accompanied by the latest DC Showcase animated short, Blue Beetle – arrives July 27, 2021, on Digital and August 10, 2021 on Blu-ray.