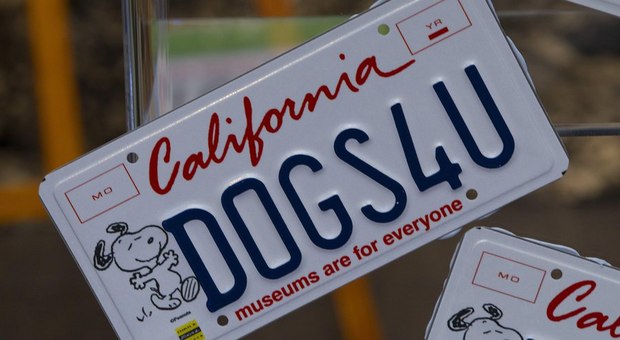 The state will begin making the plates now that it has received more than 7,500 prepaid orders from “Peanuts” comic strip fans and museum supporters, according to a report by The San Diego Union-Tribune.

The plates initially cost $50 or $98 for personalized versions, with a lower price for renewing annually.

California Cultural and Historical Endowment chair Bryan Cash says the program is expected to generate $10 million over 10 years and has raised about $500,000 so far.

The beagle’s likeness was donated by Peanuts Worldwide and the family and widow of “Peanuts” creator Charles Schultz.