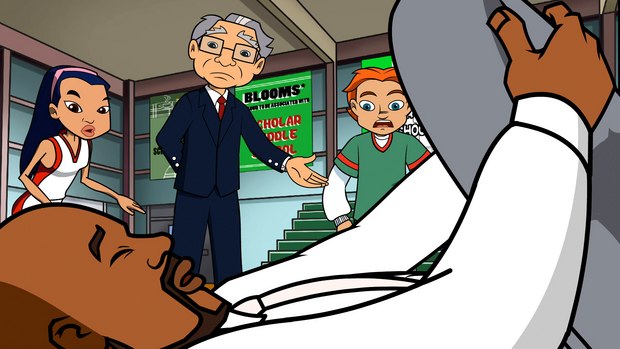 Los Angeles, CA – Genius Brands International, Inc., a global brand management company dedicated to providing entertaining and enriching content with  a purpose for  toddlers  to  tweens, continues to expand the reach of its children’s animated television series, Secret Millionaires Club,  from its solid U.S. presence across television, online and retail to the international marketplace with a slate of new license deals with multiple international television networks and media platforms.  The announcement was made by Genius Brands International’s SVP of Global Sales, Andrew Berman.

Among the international television networks acquiring the 26 half-hour Secret Millionaires Club series are Finland’s MTV3, Thailand’s Workpoint, Singapore’s Medicacorp and Israel’s Imagine Media. Rounding out recent licensing agreements for Secret Millionaires Club, a deal with South Korea’s Asiana Licensing has been secured for home entertainment.  The new sales are in addition to previously announced deals with Discovery Kids Asia and Gloob in Brazil.

“Programmers the world over are quick to recognize the entertainment and educational value of the Secret Millionaires Club series,” said Berman.  “Using the same simple approach that Mr. Buffett is famous for, the series empowers youngsters to dream big while also encouraging them to make a solid plan and focus on the details -- lessons that are applicable to every area of life regardless of where you live.”

Secret Millionaires Club, created in partnership with and starring an animated Warren Buffett, features a group of kids who have adventures in business. Secret Millionaires Club empowers kids by helping them understand the world they live in, teaching them about the impact their decisions have on their own lives…and teaching them to have the confidence to be the best they can be. The series makes it fun for kids to learn to think like entrepreneurs and features a robust list of guest talent including, Bill Gates, Jay-Z, Shaquille O’Neal, Nick Cannon, Gisele Bündchen and Kelly Rowland.  The celebrities play themselves; provide their own voiceovers and lend the lessons of their own life experiences in the context of stories that are relatable and inspirational to kids.  The series airs in the U.S. on the Hub Network.

The new overseas license deals are an extension of the brands solid presence in the US on air, online, at retail and in schools.

The Warren Buffett’s Secret Millionaires Club also extends beyond media and retail and has spurred the “Grow Your Own Business Challenge,” an annual national competition open to kids 7-14, which will soon launch its 4th year. The competition invites young people to use what they’ve learned from Secret Millionaires Club to create a new business idea. The contest is sponsored by the Fairholme Foundation to further its mission of improving [financial] education and reaches over 100,000 classrooms and youth organizations in the U.S. with free tools and lessons for teaching good financial habits.