The creative team behind ‘The Boxtrolls’ releases a new featurette that reveals how they brought fire, water and earth into their intricate stop-motion animation world. 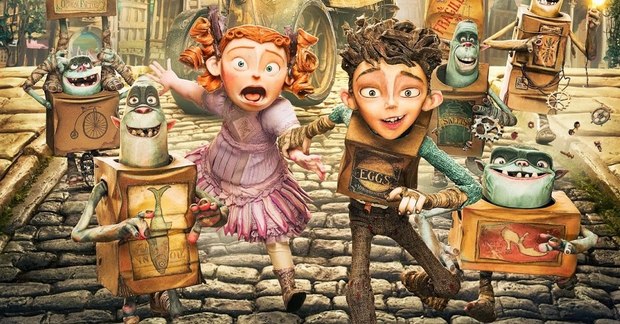 The creative team behind The Boxtrolls has pulled back the curtain with a new featurette, courtesy of Apple Trailers, that reveals how they brought fire, water and earth into their intricate stop-motion animation world.

The new 3D animated feature from LAIKA Studios tells the tale of the Boxtrolls, monsters who live underneath the charming streets of Cheesebridge, who crawl out of the sewers at night to steal what the townspeople hold most dear: their children and their cheeses. At least, that’s the legend the townspeople have always believed. In truth, the Boxtrolls are a community of lovable oddballs who are raising as one of their own an abandoned and orphaned human boy named Eggs. When the Boxtrolls are targeted by a villainous exterminator who is bent on eradicating them, Eggs must venture aboveground to save them, where he teams with an adventurous young girl to save not only the Boxtrolls but the soul of Cheesebridge.

Watch the new featurette, “The Nature of Creation,” below:

The stop motion feature will begin its theatrical rollout on September 12th in several international territories including the U.K. and Mexico. The film will bow nationwide in the United States and in Canada on September 26th. The Boxtrolls is being released by Focus Features in the U.S., eOne Films in Canada, and Universal Pictures International in all other territories.