New ‘Avatar: The Way of Water’ Trailer Means the Wait is Almost Over 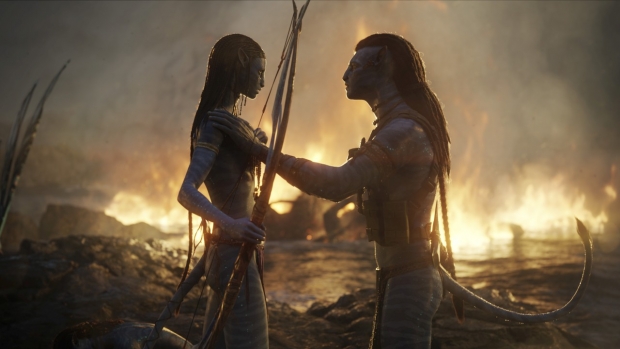 20th Century Studios has released a new trailer and poster for Avatar: The Way of Water, James Cameron’s highly anticipated follow-up to his Academy Award-winning Avatar. In celebration of the trailer and poster launch, a light show featuring highlights from the film will be projected tonight over Niagara Falls. The film opens in theaters December 16.

In the movie, viewers are transported back to the world of Pandora more than a decade after the events of the first film. Avatar: The Way of Water tells the story of the Sully family (Jake, Neytiri, and their kids), the trouble that follows them, the lengths they go to keep each other safe, the battles they fight to stay alive, and the tragedies they endure.

Watch the stunning trailer – it’s been worth the wait: