Content deal with Shout! Factory brings popular anime features to the streaming platform including ‘Millennium Actress,’ ‘Liz and the Blue Bird,’ and ‘Penguin Highway; award-winning ‘In This Corner of the World’ will join the line-up in 2022. 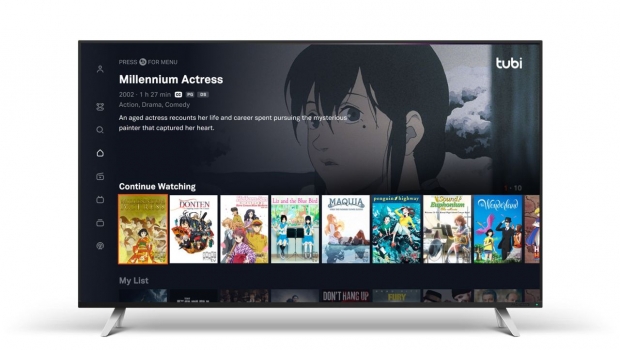 Fox Entertainments AVOD platform, Tubi has inked a content deal with Shout! Factory to bring a collection of premium anime films to its viewers. As of April 8, new titles coming to the streaming platform include the award-winning In This Corner of the World and Eleven Arts Anime Studio’s Millennium Actress, as well as Liz and the Blue Bird, and Penguin Highway. These popular films will be available free to viewers – with most available in subtitled and dubbed versions – with In This Corner of the World coming to Tubi in 2022.

“Tubi has a significant audience of anime lovers and our latest additions from Shout! Factory will soon give them even more of what they’ve been binging,” commented Tubi CCO Adam Lewinson. “As we continue to super serve our anime viewers, we’re thrilled that these award-winning and fan-favorite titles will now have a new home on our platform.”

“This is an exciting new opportunity,” noted Melissa Boag, Senior VP of Family Entertainment at Shout! Factory. “This agreement will provide Tubi viewers with access to an amazing collection of popular Japanese anime films from Shout! Factory. We’re excited to collaborate with Tubi to bring viewers quality anime content they enjoy.”

“We are thrilled to further expand our partnership with Tubi and make our award-winning Japanese Anime available to an even wider audience,” added Julie Dansker, Head of New Content Sales at Shout! Factory.

Titles coming to Tubi include:

Tubi has more than 30,000 movies and television shows from over 250 content partners, including every major studio. The service gives fans of films and television programs an easy way to discover new content that is available completely free.