New ‘Alice Through the Looking Glass’ Teaser Returns to Wonderland 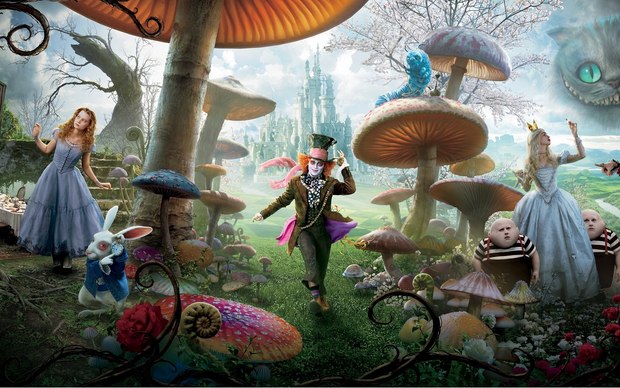 Disney has released a first look at Alice Through the Looking Glass, the studio’s live-action follow-up to Alice in Wonderland. Packed with gorgeous imagery, the new trailer shows off some of the work from VFX vendors Double Negative and Sony Pictures Imageworks:

Mia Wasikowska stars in the movie along with returning cast members Johnny Depp as the Mad Hatter, Anne Hathaway as the White Queen and Helena Bonham Carter as the Red Queen. Sacha Baron Cohen is also joining the franchise as Time, alongside Rhys Ifans as the Mad Hatter’s father.

When Alice wakes up in Wonderland she must travel through a mysterious new world to retrieve a magical scepter that can stop the evil Lord of Time before he turns forward the clock and turns Wonderland into a barren, lifeless old world. With the help of some new friends, Alice must also uncover an evil plot to put the Queen of Hearts back on the throne.

Directed by Tim Burton, Alice in Wonderland was a massive hit when it was released in 2010, earning $334.2 million domestically and more than $1 billion worldwide.

James Bobin is directing the sequel from a script written by Linda Woolverton. Joe Roth, Jennifer Todd and Suzanne Todd are producers.

The stereoscopic 3D feature arrives in theaters May 27, 2016.