While the motive is still unknown, Yoozoo Group chairman Lin Qi has died due to a suspected poisoning attack by the company’s senior executive Xu Yao. 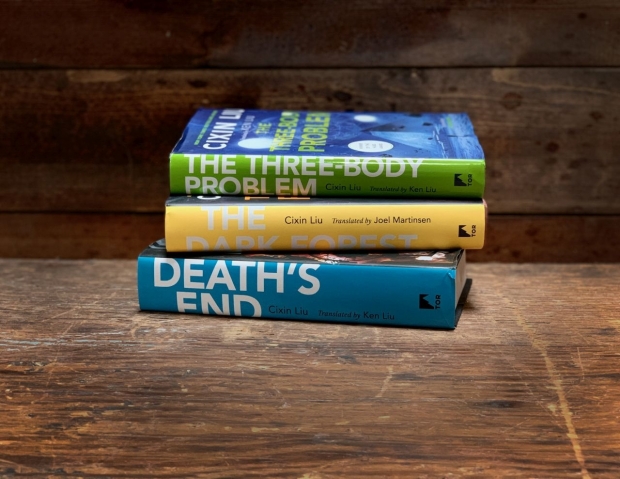 2020-1225 - 10:30 a.m. PST update: According to the The Sun, Qi has died  today from the poisoning after being reported in stable condition yesterday.

In a tale more insane than any movie plot, Yoozoo Group chairman Lin Qi was hospitalized after being poisoned in an alleged homicide attempt on December 16th. As reported on AWN this past September, Qi is credited as a producer on Netflix’s upcoming series adaptation of the Liu Cixin Hugo Award winning sci-fi novel “The Three-Body Problem” (the first book in the “Remembrance of Earth’s Past trilogy”) alongside Game of Thrones creators David Benioff and D.B. Weiss. The series also touts Alexander Woo (True Blood) as showrunner and Rian Johnson, Rosamund Pike, and Brad Pitt’s Plan B as executive producers.

According to The Hollywood Reporter, the suspected poisoner, Xu Yao, is “a senior executive in Yoozoo's film and television division (only his surname and age were released by police). Local reports have said that a dispute among the Chinese entertainment company's executive ranks preceded the surreptitious assault on Lin, which was allegedly carried out via a cup of poisoned pu-erh tea. It seems like the tea is mightier than the sword in this case.

While the motives behind the poisoning are yet unknown, the entire franchise has been on rocky ground for years. The Hollywood Reporter continues, “The Three-Body Problem's path from page to screen has been fraught to say the least. Back in December 2015, Yoozoo announced that it had acquired the rights and would be collaborating with the acclaimed author, Liu, to produce both a Chinese-language film adaptation and a video game version. The movie was scheduled for release in July 2016 but soon became mired in reports of problems on set, including senior personnel changes and, eventually, the firing of the entire post-production and VFX team. The release date was moved to 2017 — and later scrapped again, with Yoozoo taking no shortage of shade online from China's large sci-fi fan community.”

The violence also may have been motivated by author Liu’s own views on the Chinese government’s internment of Uighur Muslims, which he parrots and supports. Netflix previously responded, stating, “Netflix does not operate a service in China,” while also condemning the camps and citing the UN Declaration of Human Rights.