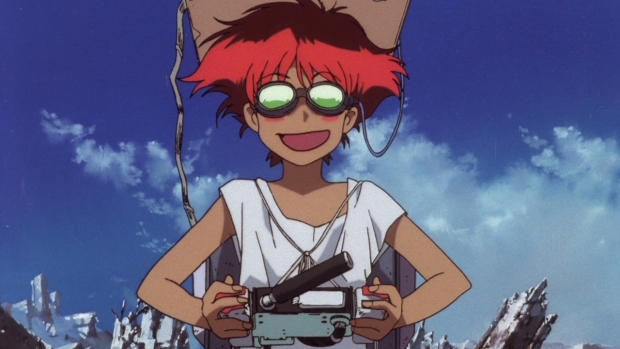 After an extended wait, Netflix’s live-action Cowboy Bebop adaptation has wrapped filming for Season 1. The series originally began production in 2019 but faced delays, first from an injury to lead John Cho’s knee, and then from COVID-19 shutdowns. Fortunately, filming was allowed to resume September 2020. Daniella Pineda, who plays Faye Valentine in the show, took to Instagram to announce the happy news.

Netflix describes the sci-fi series as follows: “Based on the worldwide phenomenon from Sunrise Inc., Cowboy Bebop is the jazz-inspired, genre-bending story of Spike Spiegel, Jet Black, Faye Valentine and Radical Ed: a rag-tag crew of bounty hunters on the run from their pasts as they hunt down the solar system’s most dangerous criminals. They’ll even save the world…for the right price.”

In addition to Pineda as Valentine, the series features John Cho as Spike, Mustafa Shakir as Jet Black, Elena Satine as Julia, and Alex Hassell as Vicious.

While Cowboy Bebop has no official release date, it is projected to premiere later this year, and promotional content is expected to roll out very soon. Here’s to hoping a trailer comes out soon!