Bound by honor, compelled to defend; debuting globally on April 29, the reimagined story of the first African samurai is directed by LaSean Thomas and stars LaKeith Stanfield, with animation by ‘Jujutsu Kaisen’ production studio MAPPA and music by Flying Lotus. 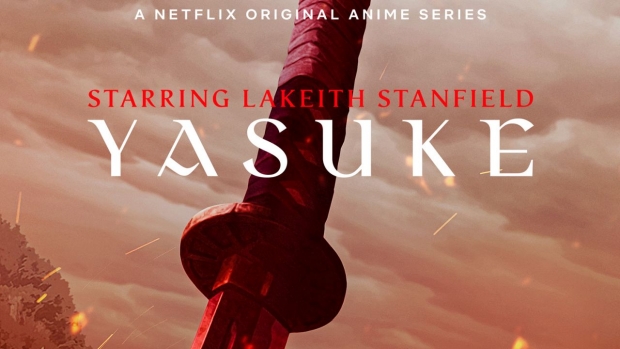 Netflix has just a teaser trailer and poster (see below) for their upcoming anime series, Yasuke, a reimagined story of the first African samurai. The six-episode series will debut worldwide on April 29, 2021.

Produced by Japanese animation studio MAPPA (Attack on Titan: The Final Season, Jujutsu Kaisen), the series is set in a war-torn feudal Japan filled with mechs and magic, where the greatest ronin never known, Yasuke, struggles to maintain a peaceful existence after a past life of violence. But when a local village becomes the center of social upheaval between warring daimyo, Yasuke must take up his sword and transport a mysterious child who is the target of dark forces and bloodthirsty warlords.

Other series credits include: