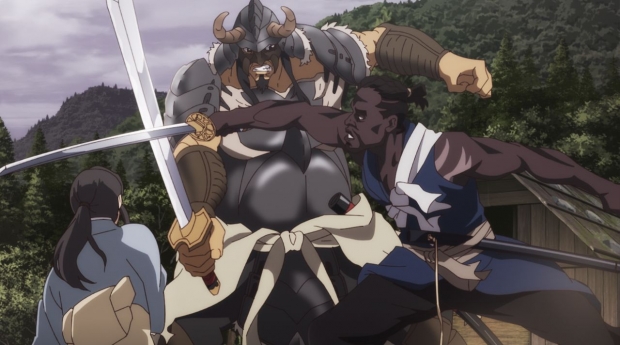 Netflix has just released the official trailer and key art for their highly anticipated anime series, Yasuke, a reimagined story of the first African samurai. The six-episode series debuts worldwide on April 29, 2021.

Produced by Japanese animation studio MAPPA (Attack on Titan: The Final Season, Jujutsu Kaisen), the series is set in a war-torn feudal Japan filled with mechs and magic, where the greatest ronin never known, Yasuke, struggles to maintain a peaceful existence after a past life of violence. But when a local village becomes the center of social upheaval between warring daimyo, Yasuke must take up his sword and transport a mysterious child who is the target of dark forces and bloodthirsty warlords.