New theme song for the upcoming Netflix reboot of the classic animated series was written by Jared Lee Gosselin and sung by Raquel Castro. 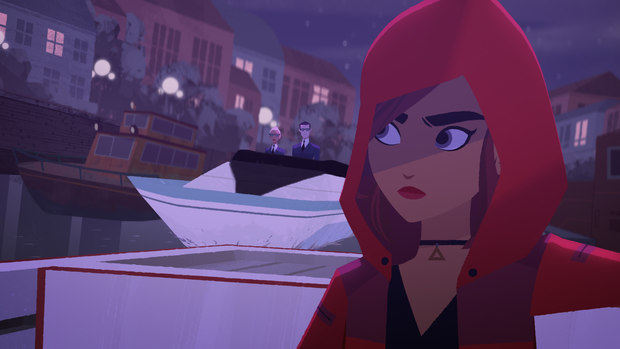 Netflix has released the title sequence for its upcoming reboot of the classic animated series Carmen Sandiego featuring a new theme song written by Jared Lee Gosselin and sung by Raquel Castro. Featuring the voice talents of Jane the Virgin‘s Gina Rodriguez in the title role, Carmen Sandiego debuts on the streaming service on Friday, January 18.

Carmen is a modern day Robin Hood traveling the globe and stealing from V.I.L.E. and giving back to its victims. Carmen is publicly perceived as a criminal by most law enforcement agencies -- correction, make that a master criminal due to the sheer scale and theatricality of her heists. We will follow her escapades and get to determine not only where but WHO in the world is Carmen Sandiego?

Watch the title sequence in the player below: